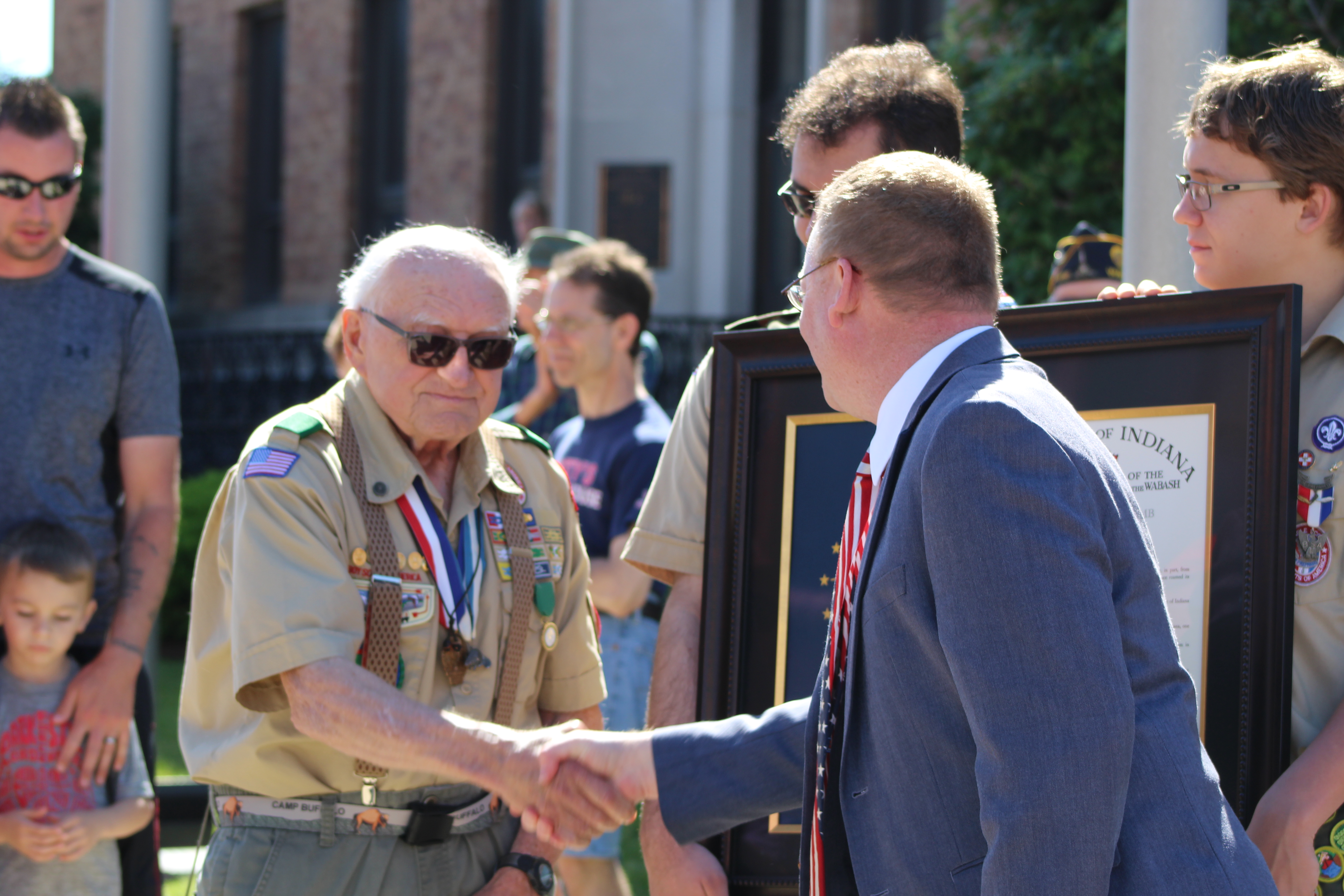 Senator Randy Head presented Bill Shideler with the Sagamore of the Wabash. It’s the state’s highest honor, bestowed by the Indiana governor.

Also during the ceremony, the Logansport High School Class of 1966 presented a new monument honoring all veterans from the Vietnam era. The monument is located at the Cass County Roll of Honor outside the Logansport City Building.

See a gallery of photos from the 2017 Cass County Memorial Day Parade here.