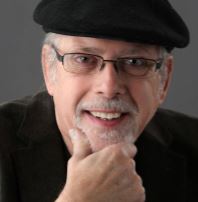 The 2018 Logansport High School Hall of Distinction Inductee is 1972 graduate, Rich Voorhees.  We look forward to recognizing Rich as our inductee to the Hall of Distinction at the 147th Commencement Ceremony on Sunday, June 3, 2018 at 2:00 P.M. in the Berry Bowl.

Rich began his photographic career in 1970 and has since gained a nationwide reputation for his outstanding creative photography. He attended Winona School of Professional Photography prior to joining McIntosh Studios of Norfolk Va. in 1973. Later he returned to his hometown of Logansport to work in his father’s photographic studio. Rich has also studied privately with many of the country’s leading photographers. Rich has been awarded the Master of Photography and Photographic Craftsman degrees from the Professional Photographers of America for superior photographic competence and technique in exhibit competition, and for his contribution as a photographic educator. His photographs have received hundreds of local, state, and national awards, including acceptance in the American Society of Photographers Masters Loan Collection, the Fuji, and Kodak Gallery Awards, as well as Indiana State Fair Best of Show numerous times.

In 1987, Rich was named International Creative Photographer of the Year and was asked by the Master Photographers Association to present programs in Great Britain and The Netherlands, taught seminars in Australia, Japan, Canada, Mexico, and 44 of the 50 states.

Rich has also instructed at the Triangle Institute, Mid America, and Texas Schools. His photography has appeared on magazines, books, newspapers, and album covers, and is also included in the International Professional Photography Hall of Fame Honors Collection. He has published two books – Rich Voorhees’ Idea Book, Volumes I and II, and the Dreams and Visions Video Series.