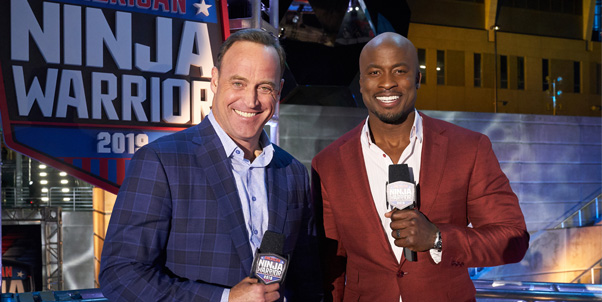 Iseman and Gbajabiamila will be the first co-grand marshals in the race’s history. They will give the traditional command for drivers to report to their cars during the official pre-race ceremonies.

“American Ninja Warrior” will premiere its 11th season on NBC May 29 (8-10 p.m. ET/PT). The high-octane series follows competitors as they tackle obstacle courses in city qualifying and city finals rounds around the country. This season, the show makes stops in Los Angeles, Atlanta, Oklahoma City, Baltimore, Cincinnati and Seattle before heading to the national finals in Las Vegas. Indianapolis has hosted “American Ninja Warrior” on two previous occasions and many NTT IndyCar series drivers have run the course over several seasons, including Helio Castroneves, Tony Kanaan, Josef Newgarden, Conor Daly and most recently, Scott Dixon.

“It’s awesome to get to take part in something that is an American sports institution,” Iseman said. “I’ve been to the Brickyard before, but never during the ‘500.’ I can’t wait to see it in its full glory.”

“I am so honored and excited to be participating in this year’s Indy 500 as a co-grand marshal,” Gbajabiamila said. “After multiple seasons of seeing top race car drivers compete on the ‘American Ninja Warrior’ course, I can’t wait to see up close the athleticism and energy of this hallmark race.”

“Matt and Akbar are so dynamic and fun on ‘American Ninja Warrior,’ so they’re ideally suited to serve as the first co-grand marshals of the Indy 500,” IMS President J. Douglas Boles said. “Their historic role in ‘The Greatest Spectacle in Racing’ is yet another testament of our strong, growing partnership with NBC and NBC Sports.”

Iseman graduated with honors from Princeton and earned his medical degree from Columbia College. However, during his residency at the University of Colorado he quit his job and moved to Hollywood to pursue stand-up comedy, and the rest is history. The Daytime Emmy Award winner has hosted “American Ninja Warrior” for 10 seasons and has hosted the Macy’s 4th of July Fireworks Spectacular for NBC and HISTORY’s “Evel Live,” which honored legendary daredevil Evel Knievel. He also won NBC’s “The New Celebrity Apprentice” hosted by Arnold Schwarzenegger. He frequently tours around the U.S. and Canada as a stand-up comic.

Gbajabiamila, a Los Angeles native and one of seven children of Nigerian immigrants, is a former NFL defensive end and linebacker who played for the Raiders, Chargers and Dolphins over a five-year career. His inspiring new book, “Everyone Can Be a Ninja: Find Your Inner Warrior and Achieve Your Dreams” (Gallery Books) is out now. Gbajabiamila’s first name means “great” in Arabic and his last name, meaning “big man, come save me,” derives from his Nigerian paternal great-great grandfather. Gbajabiamila avidly volunteers his time to community service. He serves as a board member for both the Asomugha Foundation – aimed at creating better educational opportunities for impoverished communities – and the Michael J. Fox Foundation.

Visit IMS.com to purchase tickets and for more information on the complete Month of May schedule.