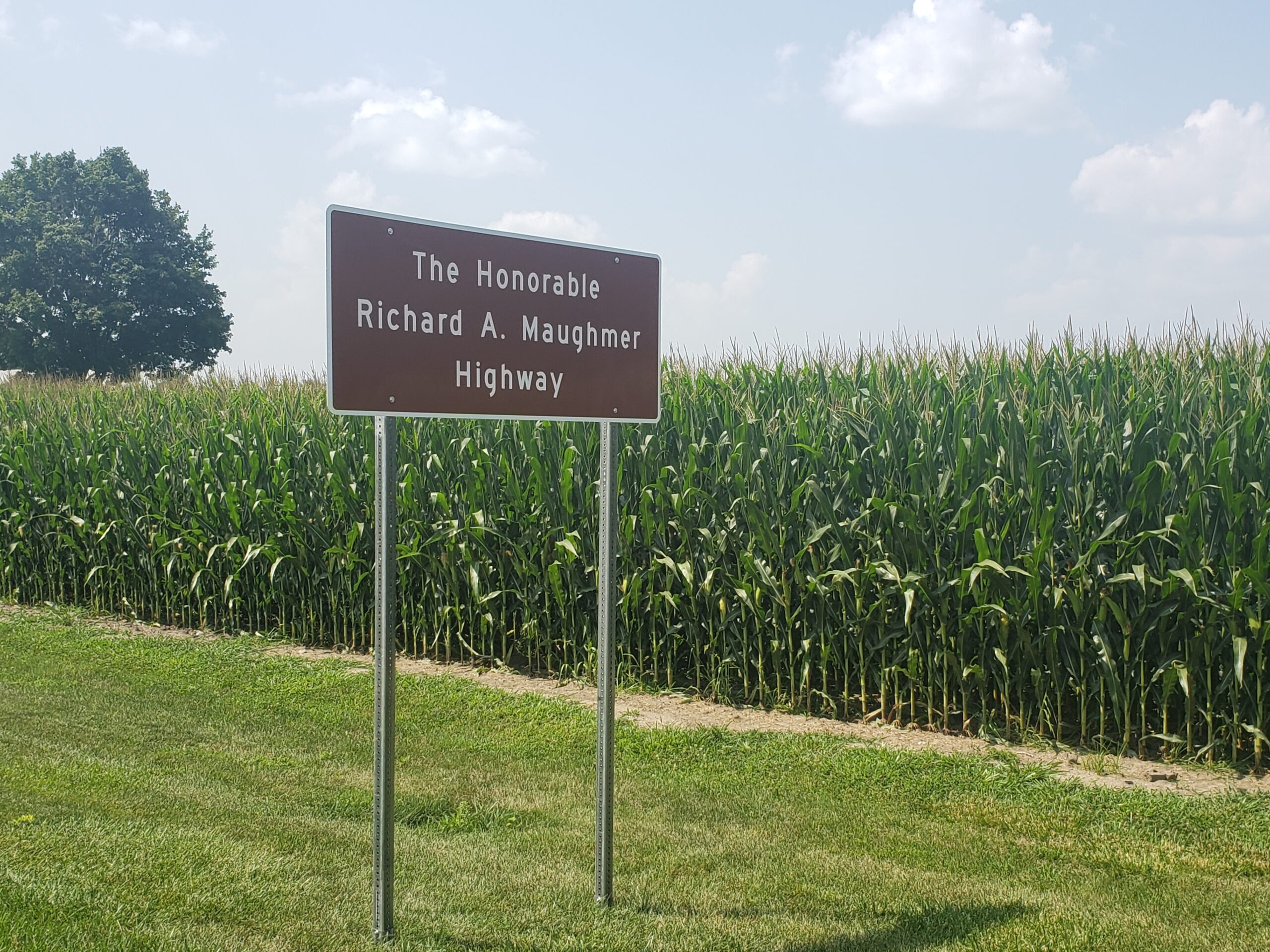 Section of SR 218 renamed “The Honorable Richard A. Maughmer Highway”

On July 31, a dedication ceremony was held to rename the section of SR 218 from County Road 500 E in Cass County to US 31 in Miami County. The sign pictured above, in front of Lewis Cass, shows that it has been renamed “The Honorable Richard A. Maughmer Highway,” in accordance with Senate Concurrent Resolution 8, passed in 2021.

“Judge Maughmer was a pillar of our community, and his tragic passing is still felt today,” State Sen. Stacey Donato (R-Logansport) said in a news release issued in February when the resolution was announced. “My hope is that renaming this roadway will serve as a daily reminder of a man who gave so much to our community.”

Maughmer graduated from Lewis Cass High School in 1972. He enlisted in the U.S. Air Force and served 37 years, retiring as a colonel in 2009. He began practicing law in Logansport after graduating from law school in 1979. In 1983, he started working part-time in the Cass County Prosecutor’s Office and was appointed Cass County Prosecutor in 1986. In 2001, Maughmer was appointed to serve as Superior Court 2 Judge for Cass County in 2001, where he served until his death in September 2019. He is survived by his wife Vicki and three daughters Shae, Valerie and Kathlene.

More info about the resolution can be found here.