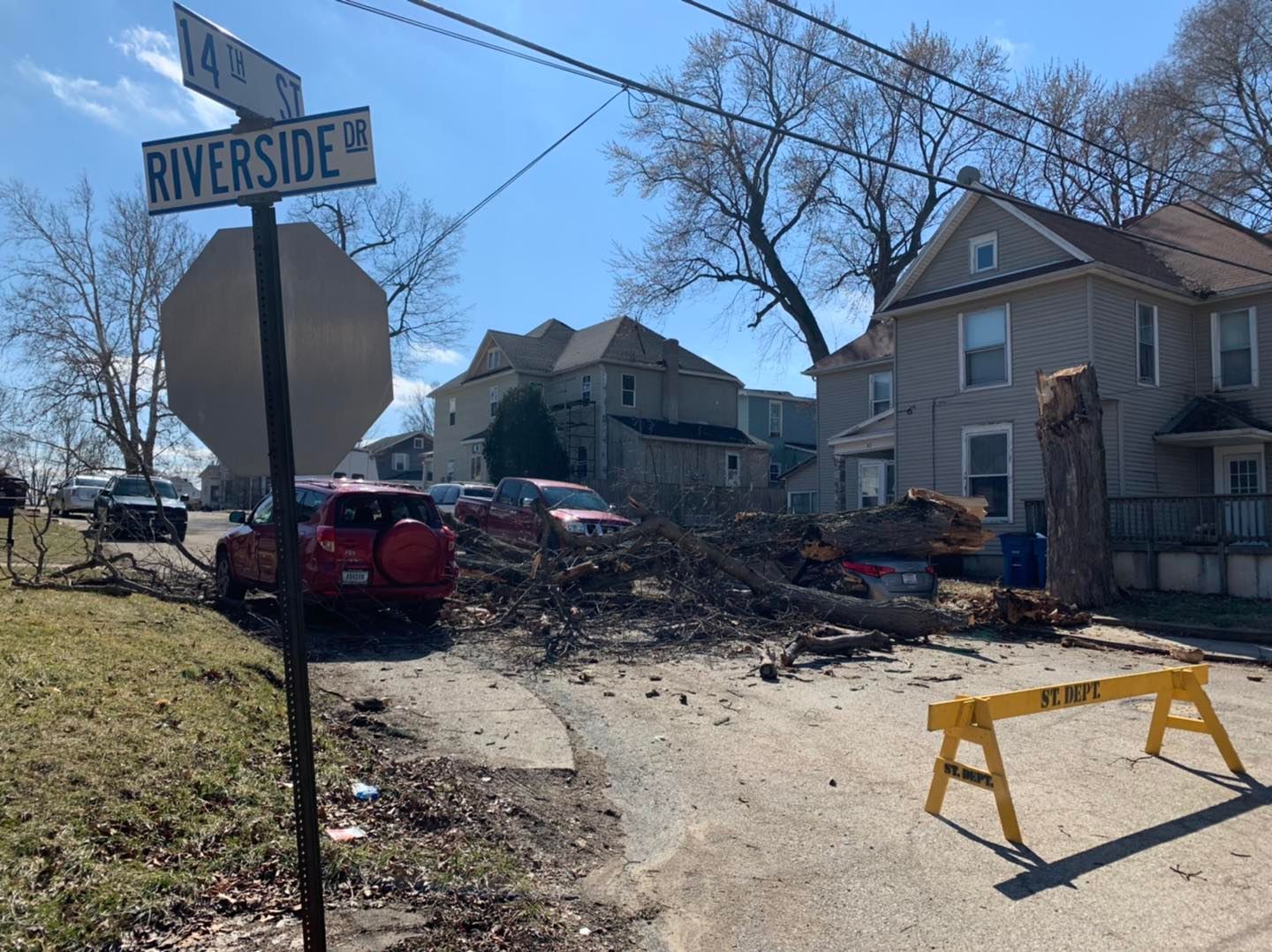 The National Weather Service said Sunday night that a brief EF-0 Tornado touched down near the intersection of W CR 400 N and N CR 925 W in Cass County, Indiana around 2:05 a.m. Sunday, March 6, 2022. NWS says the tornado tracked for roughly a half mile, causing damage to trees and a home before dissipating. Winds are estimated at 70 mph.

Cass County Emergency Management Agency (EMA) shared updates on their Facebook page throughout the day on Sunday as damage in Cass County was assessed, indicating that the area southwest of Royal Center appeared to be the “largest pocket of sustained damage.”

Damage was also reported in Logansport, where a tree fell across multiple parked vehicles near Riverside Park and a traffic light was damaged at Main Street and Burlington Avenue.

In a reply to a comment on their Facebook page asking why the tornado sirens did not go off, EMA said no tornado warnings were issued by the National Weather Service and a funnel cloud was not observed by a trained spotter.

At 2:14 a.m., a severe thunderstorm warning was issued until 3 a.m. for all of Cass County as severe thunderstorms were located along a line extending from near Royal Center to 8 miles northeast of Delphi to 6 miles northeast of Lafayette, moving east at 50 mph. NWS indicated that damage to roofs, siding and trees was to be expected and advised people to move to an interior room on the lowest floor of a building.

At 3:28 a.m. the weather had moved out of the area and the severe thunderstorm watch for the area was cancelled.

Cass County EMA reported that the National Weather Service team was assessing storm damage in the Royal Center area on Sunday afternoon. They also shared photos throughout the day.

Storm reports can be submitted to the National Weather Service here.

At 4:30 a.m., Logansport Utilities reported lines down and multiple outages. Updates on their Facebook page indicated that all power outages were restored around 3:13 p.m. Sunday.

The National Weather Service says some locally heavy rainfall that could lead to some minor flooding is possible late Sunday night into Monday, mainly along and south of the US Route 24 corridor.

Cass County normally tests the emergency warning sirens on the first Monday of the month at 10 a.m., but plans to participate later this month when the National Weather Service, in conjunction with the Indiana State Police, the Indiana Department of Homeland Security, the Indiana Department of Education, the Indiana Broadcasters Association, the American Red Cross, and Amateur Radio Operators will conduct a statewide test of communication systems on Tuesday, March 15 at 10:15 a.m. EDT as part of Severe Weather Preparedness Week.

The regular test on the first Monday should resume in April.

EMA also encourages residents to participate in the free, upcoming storm training opportunities offered by the National Weather Service, commenting today on Facebook that “even without a warning, more residents who see conditions and report them thru the appropriate channels helps to improve warning time for all.”