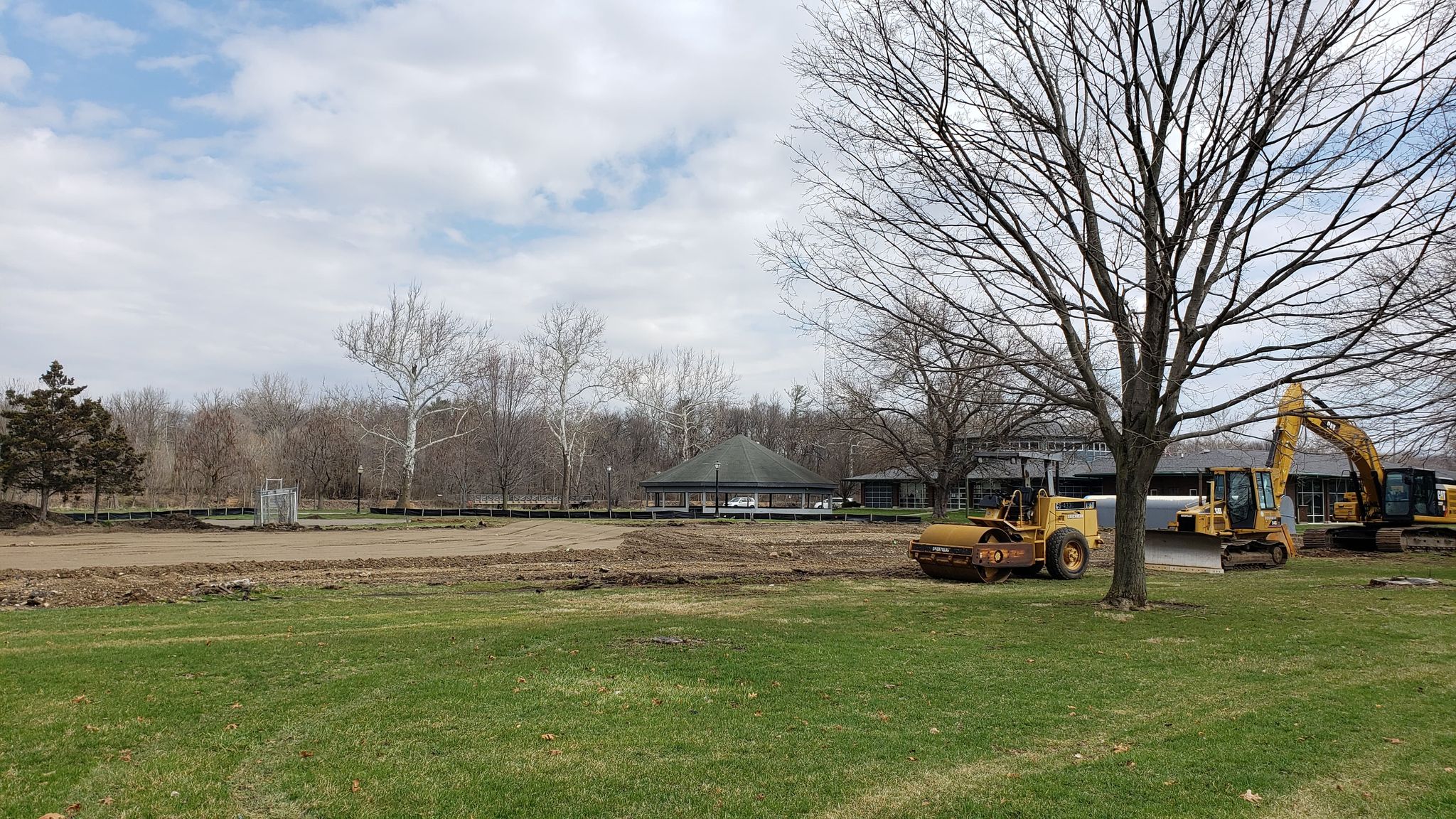 Last Updated on April 13, 2022 by Logansport Parks and Recreation Department

(ABOVE: Construction equipment at the west end of Riverside Park, next to the McHale Complex on April 4, 2022. Photo by Phill Dials for Cass County Communication Network)

The Logansport Parks & Recreation Department announced that construction has begun on improvements to Riverside Park. These improvements include 2 new basketball courts, 2 new pickleball courts, and a Fitness Court purchased from the National Fitness Campaign. In addition, a new drinking fountain will be installed as well as the exterior restroom on the west end of the McHale Complex is being rehabbed to be fully accessible. Additional parking will also be constructed on Riverside Drive.

The goal for this work to be completed is by Memorial Day Weekend, weather permitting.

Heavy construction equipment is being used throughout the project. The Parks Department is requesting that people stay out of the construction area. Deichman Excavating is the General Contractor on this project.

Those with questions may contact the Logansport Parks & Recreation office at 574-753-6969 or
parksinfo@cityoflogansport.org for further clarification.

By Logansport Parks and Recreation Department