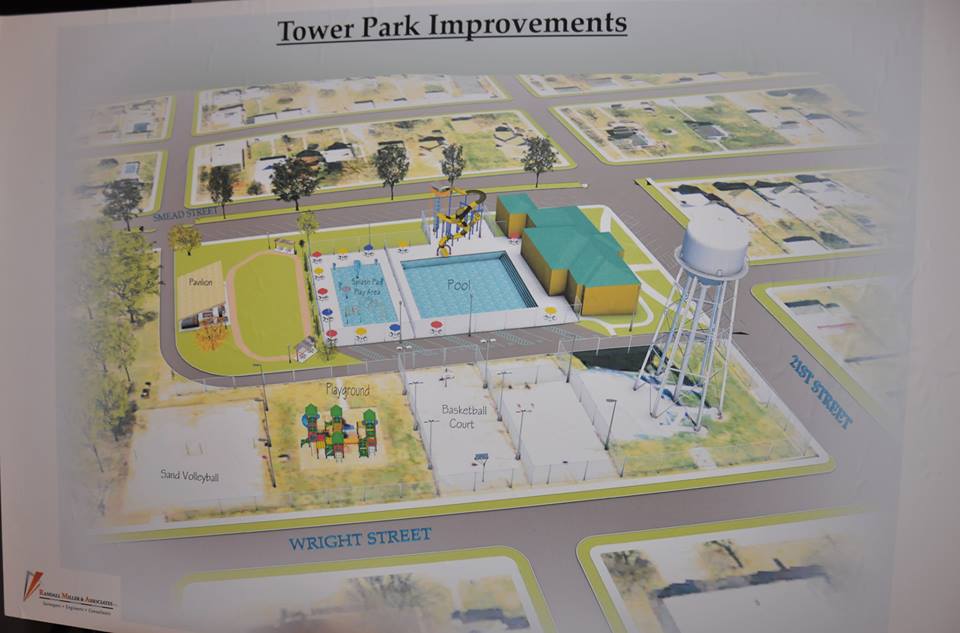 Last Updated on February 18, 2015 by cassnetwork City officials say a vote over the summer by the Logansport Parks & Recreation Board to close and demolish the Tower Park Pool forced them to finally address the park’s future.

At their meeting tonight, the Logansport City Council appropriated $400,000 for improvements to the pool, to be taken from the Non-Reverting Infrastructure Maintenance Fund.

Randy Miller, with Randall Miller & Associates, says his company completed a feasibility study for rehabilitating the Tower Park Pool area, along with a topographical and utility survey of the entire area, “which allowed the contracts to create their approximate costs for completion of the project.”

Miller said tonight that some of the amenities, including a $180,000 water slide, included in a drawing Mayor Ted Franklin presented last month at the State of the City address would likely be outside of the project’s $600,000 budget.

In a Jan. 28 letter to the mayor, Miller writes that the $600,000 budget constraint would require participation from the city in several ways, including discussions with LMU and obtaining certain expenses from existing city budgets. Miller also says donations from concerned citizens, corporations and philanthropic groups will also be required.

“Items such as the splash pad sprays, pavilion, the tables and chairs, etc would be examples of items for donation or funds to be raised for,” Miller’s letter states.

Franklin said that many of the decisions would rest with the Logansport Parks & Recreation Board. The board’s vice president, Jeff Smith, and interim Parks Administrator Rich Brewer both expressed support for keeping the pool and requested an opportunity to review the information presented to the council by Randall Miller & Associates.