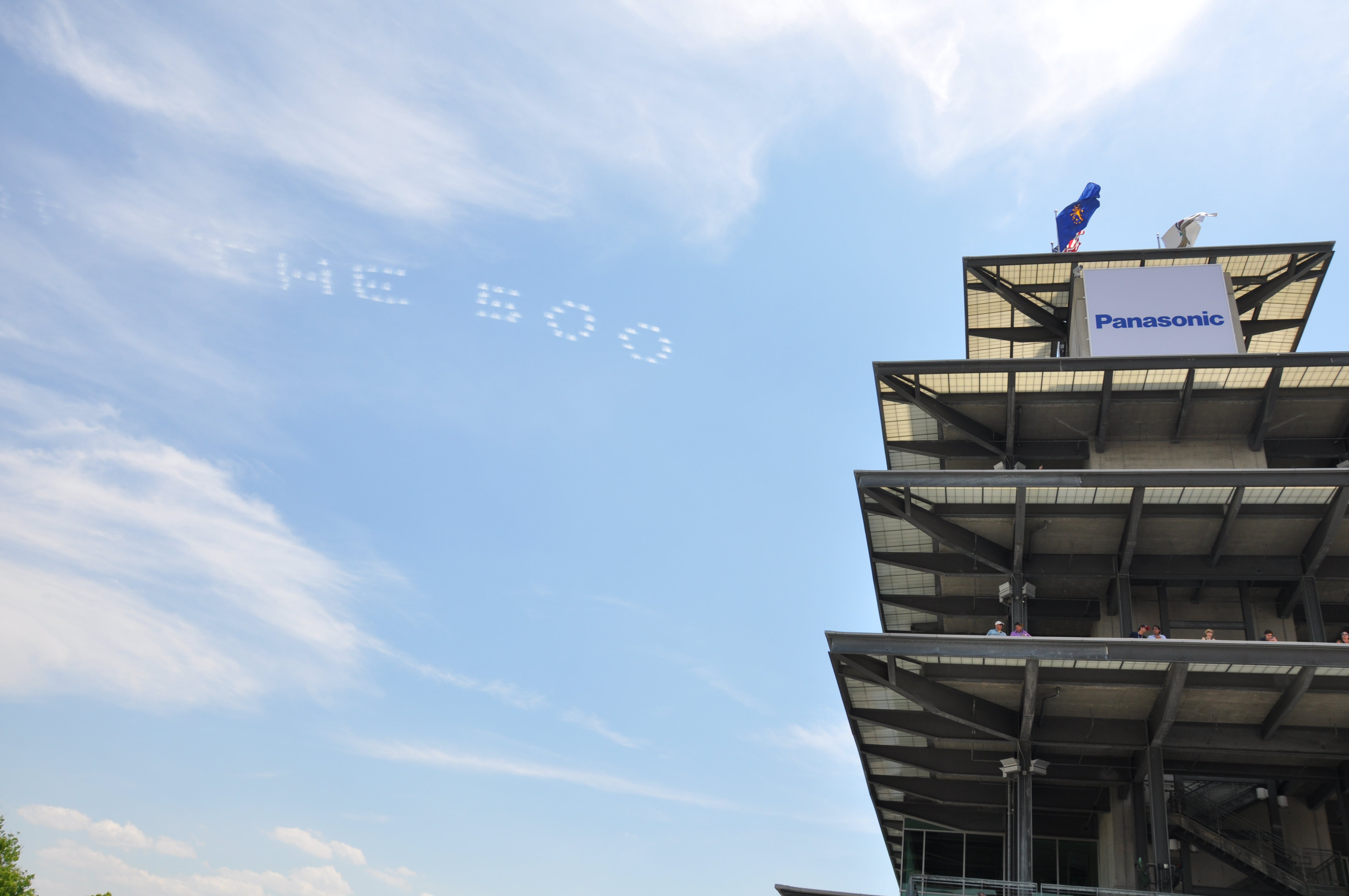 I got goosebumps as we crossed the bridge from the parking lot to Georgetown Road yesterday morning. It was just after 6 a.m. on Sunday, May 24, and the cannons signaling the opening of the Indianapolis Motor Speedway had just  been fired.

My husband (who watches me during Super Bowl commercials about dogs and horses to see how quickly I’ll tear up) asked why.

“Because this is the 99th time people have done exactly what we’re doing,” I said. “Not only that, but think of the people who are doing the same thing we are today.”

The sun rose over Indianapolis and painted the sky as the morning unfolded. Sitting on the balcony as the local tv stations produced their pre-race coverage, the sky turned from pale blue to pink to fiery orange. A beautiful day was dawning.

Caterers arrived. Golf carts zipped back and forth. Fans of all ages carried their coolers and found their seats. We walked to Gasoline Alley and peeked through the garages. The Gordon Pipers entered just after we did and it briefly started to rain.  The rain moved out and we walked through the pits, where crew members were getting the equipment ready for the day.

The cars were assembled on the track and the familiar traditions began. Former Indy 500 champions took laps around the track in vintage cars. The drivers were introduced. A special tribute to the military. Florence Henderson joined the Purdue All-American Marching Band for “God Bless America.” The invocation and the hopes for a safe race. Jordin Sparks sang the National Anthem. The flyover.

Then, a new tradition. I’m pretty sure the crowd collectively held its breath as Straight No Chaser performed “Back Home Again in Indiana” for the first time since Jim Nabors retired.  The balloons were released. The ladies and gentlemen started their engines. Pace car driver Jeff Gordon led them around the track. Patrick Dempsey waved the green flag. The yellow was out before they went through Turn 1.

At the end of the day, Juan Pablo Montoya took home his second win. It’s been 15 years since I attended my first Indy 500 and Montoya won that one, too.

As I watched the race yesterday, I people-watched, too. And I realized something I already knew:  The Indianapolis 500 is a really big deal.

In the morning, I stood next to a guy who came from Michigan to attend his first 500 (and who had items for Nastia Liukin and Andrew Luck to autograph, which meant I got really great pictures of them.) As we were leaving, I heard a guy say he’d come from Charlotte to see the race.  (And they were having their own race last night.)

I think we take it for granted, because to us, it’s “the race.”

To everyone else, it’s “THE Race.”

Yesterday, Andrew Luck, Florence Henderson, Mario Andretti, Patrick Dempsey and David Letterman were all doing the same thing as thousands of other people from around the world, including me, just an hour and a half away from Logansport.

Next year will mark the 100th running of “The Greatest Spectacle in Racing.”  If you’ve never been to the Indianapolis Motor Speedway, you should go. You’ve got a year to start planning. We’ll see you there!

Check out more photos in our  Month of May and Indy 500 galleries on Facebook.