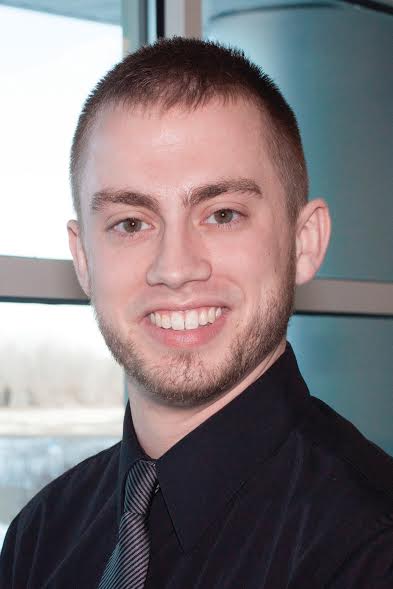 KOKOMO, Ind. — Tyler Yeakley of Galveston has been named recipient of the 2015 Chancellor’s Award, the highest student recognition within Ivy Tech Community College’s Kokomo Region. The award is presented each year by the Kokomo Region chancellor to a high-achieving graduating student who has exemplified scholarship, leadership and service.

The award was announced during the College’s annual Honors Night and Yeakley will be recognized during its commencement ceremony Saturday, May 9.

In presenting the award, Chancellor David Bathe said Yeakley, who is receiving his Associate of Science degree in Nursing, said Yeakley has been an exemplary student leader with a caring attitude who will make a great contribution in the nursing profession.

Yeakley came to the nursing classroom with the experience of having been a patient when, as a teen, he suffered a serious heart condition. His positive experiences with the nurses over several stays at Riley Hospital in Indianapolis gave him the desire to follow that vocation and to give to others the caring and friendly treatment he received. Yeakley is described as a natural for the job, consistently demonstrating he is a very caring person in and out of the classroom and clinical area.

While achieving an overall GPA of 3.59, Yeakley’s journey at Ivy Tech found him in many different roles that developed his potential as a leader. He was a peer tutor, peer mentor and initiator of a nursing cohort study group, and he excelled in service to the school and community through Phi Theta Kappa activities. As member, public relations officer, vice president and president of Logansport’s Phi Theta Kappa chapter, Yeakley launched several projects including an eight-week after-school science program at four elementary schools in the Logansport area, a creative writing and reading program focused on strengthening literacy, and a Super Science Day so elementary students could experience science hands-on with assistance from college students and faculty.

Ivy Tech instructors say Yeakley also has developed as a speaker, presenting at numerous Phi Theta Kappa conferences as well as the Student Engagement Conference for Ivy Tech faculty in October 2013. And he did all this while volunteering for the Salvation Army, the United Way and his church and working as a laboratory technician at Ivy Tech and as an optician at Walmart.

Among the many awards Yeakley has received are the 2014 Helping Hand Award for Ivy Tech Logansport; the prestigious 2014 Indiana Career and Technical Education Award for Excellence from the Indiana Department of Education; the 2014 Susan L. Jackson Award from Phi Theta Kappa; and the 2014 All-Indiana Community College Academic Team Award. Yeakley completed his Ivy Tech studies in December and is working as a registered nurse at IU Health Arnett Hospital in Lafayette. He plans to transfer his Ivy Tech credits to a four-year
institution to seek a bachelor’s degree in nursing.