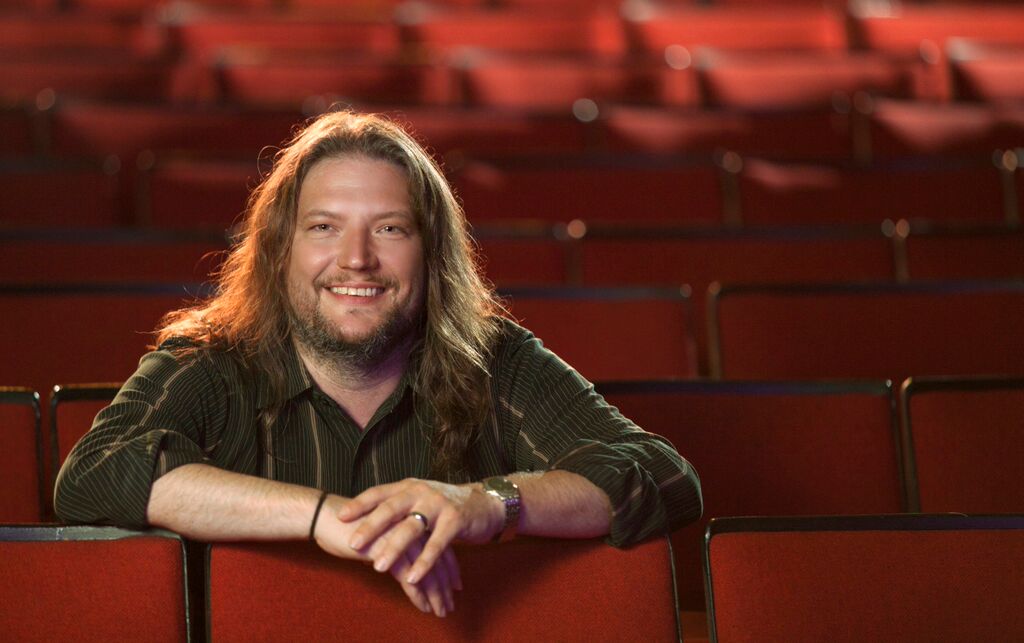 A Logansport native who returned to the city to invest in a historic downtown property has filled a vacancy on the Logansport city election ballot.

Kevin Burkett, 42, owner of the State Theatre, joins Terry Doran as the second party nominee for the two at-large spots on the council. Doran was unopposed in the primary.

Burkett, a political newcomer, is a 1990 Logansport High School graduate. After earning a bachelor’s degree in journalism from Ball State University, he worked for The Philadelphia Inquirer for 17 years. He and his wife, Della, a Kokomo native, returned to the city last year when they purchased the State Theatre. He also is employed as a graphic design teacher at Logansport High School’s Century Career Center.

“Like Dave [Kitchell], this is my first foray into politics,” Burkett said. “We both spent our careers in journalism, and from that common background we bring a staunch activist spirit for transparency in government and improving accessibility.”

“Honestly, I did not seek out an opportunity to run for public office,” Burkett said of the late decision to run for Council. “But when I was approached by Kitchell’s campaign, and spoke with several advisors who have served previously in a variety of posts, I decided that this is an opportunity for me to roll up my sleeves and go to work for Logansport. I wrote a book, “But Not Forgotten,” in 2011 about the history of Logansport, which largely focused on the decline of downtown and the need for greatly improved efforts toward historic preservation. And when the opportunity presented itself for me to turn words into action, I left Philadelphia and bought the State Theatre in an effort to restore and preserve it. In many ways, running for Council is the same: A chance to move from armchair commentator to an active participant in public service.”

“I have been offered the opportunity to bring new ideas to the City Council at a time that very well may be the most pivotal in decades for the city of Logansport,” Burkett said. “Dave and his team — and others who have advised me over the past few days — think the council can benefit from my experience in several areas: As a new local business owner; as a champion for transparency and integrity; as a manager at one of the largest, oldest, and most respected newspapers in America; as an advocate for downtown restoration and preservation; and as someone who has studied the history of Logansport extensively and loves this city enough to walk away from 17 years in my chosen career to try to make a difference here. To say I’m humbled by their trust in me to make a positive impact in such an important role is clearly an understatement.”

“In Kevin Burkett, we have someone who is obviously passionate enough about Logansport to invest in a downtown property that was forsaken by the current administration when it offered tax incentives to a new movie theater. Without any kind of city support, Kevin has invested countless time, effort and money to enhance our downtown sector. Much like the dozens of local families who have supported downtown — in many cases for generations — Kevin has stepped up to be a voice for the community. His background in working and living in downtown Philadelphia obviously is a plus in public discussions about expanding our housing opportunities downtown.”

“I have voted for Democrats, Republicans, and Independents over the years, and hold no allegiance to a party over principles,” said Burkett. “So, I did have one “test” for Dave: I told him that he should be prepared for me to vote with him exactly zero percent of the time if for any reason I felt that a measure he brought to council was not in the best interest of the city. Not only did he accepted and appreciate that, but he applauded and welcomed differing views. At that point I knew that we were the right match for a partnership.”

The two at-large slots on the council are currently held by independent Charlie Hastings, who is seeking a fourth term and Republican Jeremy Ashcraft who is not seeking a third term. Republican Chris Martin, who lost his previous bid for the council in 2011, also is running for one of the two seats.