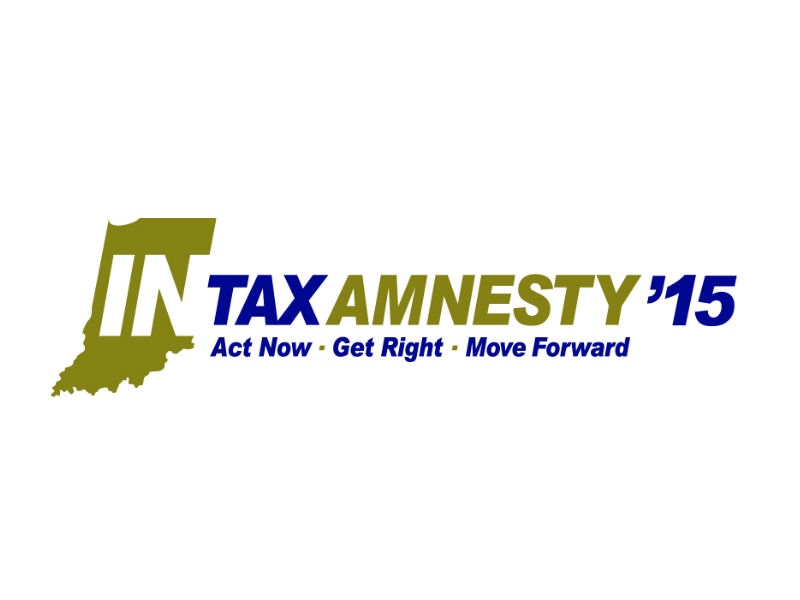 Governor announces Tax Amnesty to be conducted in Fall 2015

Governor Mike Pence today announced that the Indiana Department of Revenue will conduct Tax Amnesty 2015 from September 15 through November 16, 2015. Of the outstanding taxes collected, the first $84 million will fund the Indiana Regional Cities Development Fund.

“To continue to attract new investment and talent across our state, we must grow locally and think regionally,” said Governor Pence. “The 2015 Tax Amnesty program plays a critical role in helping to jumpstart the Regional Cities Initiative, encouraging collaboration among Hoosier communities to develop ways to bolster investment, attract talent, and continue Indiana on a pathway to economic growth and success.”

Tax amnesty is a limited-time opportunity for both individuals and businesses to pay past-due base tax liabilities free of penalty, interest, and collection fees.  Existing tax liabilities, for all tax types managed by the department, for periods ending prior to Jan. 1, 2013, are eligible to participate in Tax Amnesty 2015. Approximately 40 different tax types are eligible for participation.

In return for the full payment of the base tax, the state will:

Tax Amnesty 2015 is authorized by the biennial budget in House Enrolled Act 1001, which was signed into law by Governor Mike Pence in May 2015.

Additional program details can be found at www.taxamnesty.in.gov.