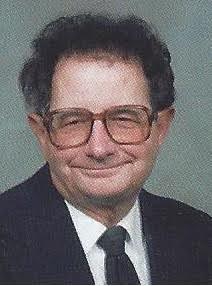 Born August 22, 1931, in Logansport, he was the son of the late Alonzo “Lonnie” and Henrietta (Purdue) Reed.

A veteran of the Korean War, Kenneth served in the U.S. Army.  When he arrived back in the states, he began working for the Pennsylvania Railroad.  He later worked for H.W. Gossard  Kenneth then worked at  Logansport State Hospital for many years before his retirement in 1993.

Kenneth was a member of the Helm Street Church of God.  His church family was an extension of his own family.

He was preceded in death by his parents; his stepmother Bessie Reed; two sisters Geneva Gammon and Hazel Smith; one nephew Rodney Gammon; and one niece Roxanne Allen.

A funeral service will be held at  11 a.m. Monday, June 8, 2015 at Helm Street Church of God.  Rev. Dean Snyder will officiate at the service.

Friends may call one hour prior to the service in the church.

Memorial contributions may be made to Helm Street Church of God.

You may share memories and condolences in his guestbook at www.fisherfuneralchapel.com