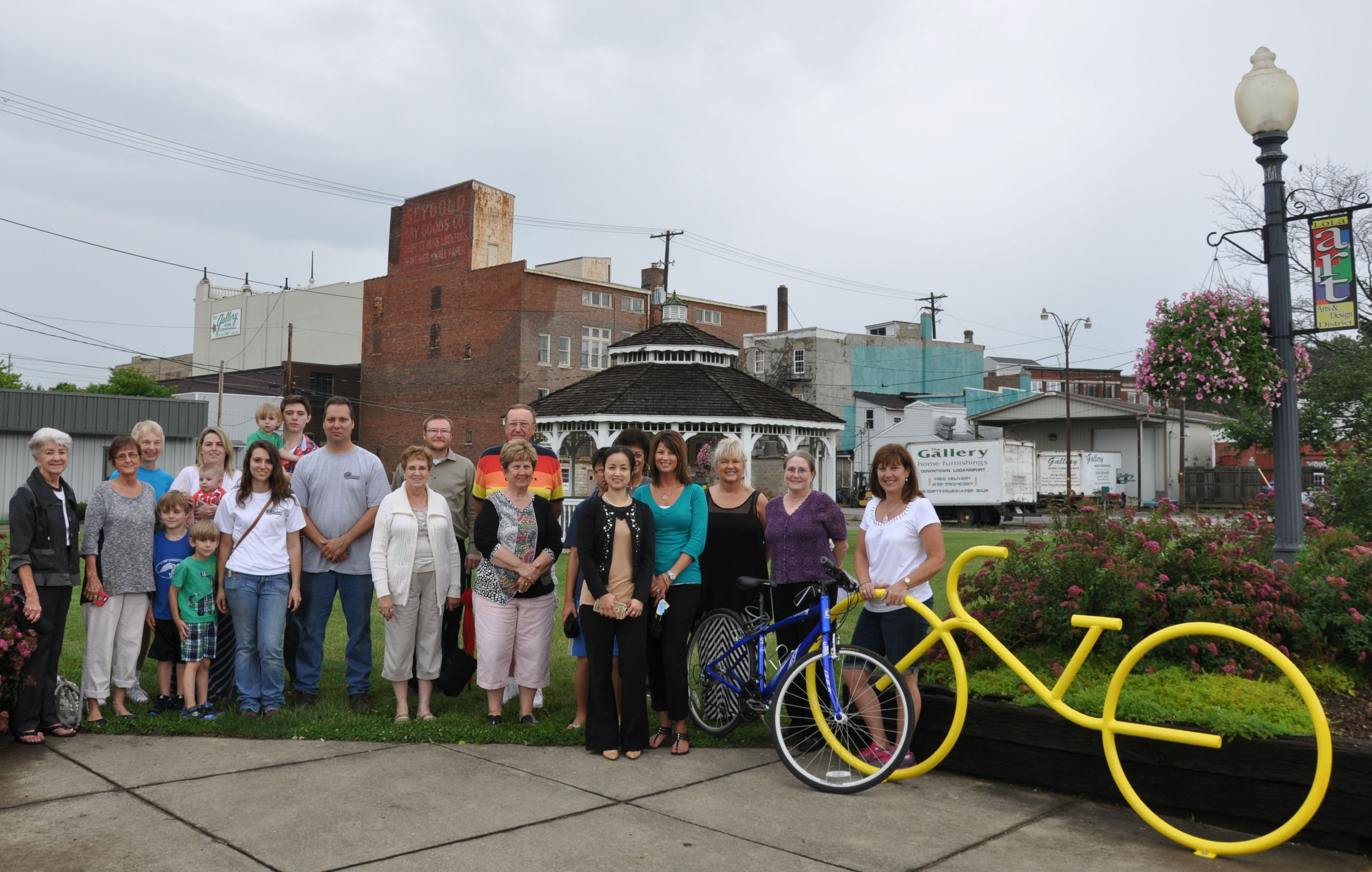 Logan’s Landing celebrated the installation of five new bike racks in downtown Logansport. There will be a total of 10 bike racks throughout the downtown district. Some Logansport residents who were inspired by bike racks they saw in another community stepped up to make it happen. The bike racks were created by Jim Galbreath and funded through private donations. Photo by Michelle Dials