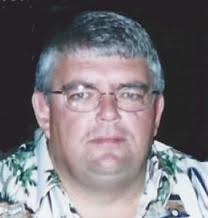 On June 30, 1979, at the Royal Center Baptist Christian Church, he was married to Melita (Goodrich) Swartzell, who survives.

Steve was a 1979 graduate of Pioneer High School.

He was employed as a petroleum salesman with North Central Co-op. Steve enjoyed his career, especially the friendships he had made with his co-workers and clients over the years.

Steve was a member of the Crooked Creek Christian Church. He loved cars and animals, especially his dogs. Steve will always be remembered as a fun-loving man with a big heart who was always looking out for others, especially his family.

Surviving with his wife are his daughter, Amber Swartzell, of Fishers; his mother and father-in-law Warren and Imogene Goodrich, of Royal Center; one brother-in-law, Mike (Vicki) Goodrich, of Ft. Wayne; one sister-in-law, Shelly Collins, of Logansport; an aunt, Shirley (Tom) Miles, of Kokomo; uncles, Dale Forgey, of Galveston, Junior (Sandy) Swartzell, of Royal Center; and Everett Swartzell, of Logansport; several nieces, nephews; many cousins; and several great nieces and great nephews.

A funeral service celebrating the life of Steve Swartzell will be held at 10 a.m. Saturday, July 11, 2015, in Fisher Funeral Chapel with Pastor Richard Utterback officiating.

Friends will be received from 3 to 8 p.m. Friday in the funeral chapel.

Memorial contributions may be made to Crooked Creek Women’s Fellowship, the Cass County Humane Society and the Pancreatic Cancer Action Network.