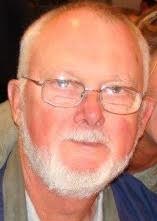 Born November 24, 1939, in Logansport, he was the son of Floyd E. Marlatt and Iona Hardy Marlatt Nicoll.

On June 27, 1984, in Logansport, he was married to Linda Joyce Newnes, who survives.

James retired in 2004 from Trelleborg.

A United States Army veteran, he was a member of the American Legion Post 60.

James enjoyed going to and doing things for the Logansport Shrine Club. He enjoyed bowling, golfing, being with his family and puttering in the garden. He was a NASCAR fan and Washington Redskins fan. He coached his girls and many others in softball.

The funeral service will be at 10:00 a.m. on Tuesday, also at the funeral home, with Pastor Don Cline officiating.

Burial will be in Mount Hope Cemetery with full military honors.

Memorial contributions may be made to the Logansport Shrine Club.