Last Updated on September 6, 2015 by cassnetwork 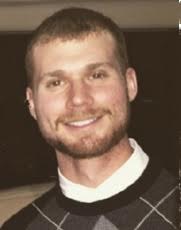 For the past year, Ben had worked as an outstanding service technician at the top of his field with the Jenner Sales Corporation based in Harrisburg, Illinois.  Prior to that he worked at DeHaven Soil Service in Walton for three years.

From the time he could reach the pedals and see over the steering wheel he was begging to help his grandpa Delbert on the farm.  Later he helped out several area farmers during busy times.

Ben loved being outdoors.  He especially enjoyed fishing and riding his 4-wheeler.  He was very good with his hands – give him something broken and he could fix anything.  Ben was also very gifted when it came to mechanics and never hesitated to drop what he was doing to help a friend with vehicle troubles.

Ben’s father gave him a guitar for his birthday one year and taught him how to begin. He enjoyed it and found solace in playing.

He is survived by his mother and step-father, Mary Beth (Shriver) and Jim Shanks of Camden; his father, Jeffery Allen Miller of Noblesville; one brother Matthew J. Miller of Greenwood; one sister, Christy King and her husband Joel of Russiaville; his maternal grandmother, Carolyn Shriver of West Lafayette; his maternal grandfather Delbert Shriver of Walton; his paternal grandmother, Margaret Miller of Kokomo; his nieces, Carter Aleksandra Miller, Kiersten, Rylynn and Adlee King; an aunt and uncle Roselea and Alex Gonzalez of Lafayette; an uncle Daniel Shriver of Texas; three cousins, Grant, Lydia and Jack; and many, many friends who loved him very much.

He was preceded in death by his paternal grandfather, Donald Miller.

Friends may call from 4 to 8 p.m. Monday, September 7th in Fisher Funeral Chapel.

In lieu of flowers, memorial contributions may be made to the Lewis Cass FFA.