Last Updated on September 19, 2015 by cassnetwork 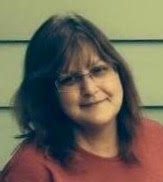 Cherie L. Bohling, 43, of Camden, was surrounded by her family when she passed away at 8:19 p.m. Thursday, Sept. 17, 2015 in IU Arnett Health Hospital in Lafayette following a sudden, brief illness.

Born January 19, 1972, in Logansport, she was the daughter of Gary Wertz and Ellen Miller Albright.

Cherie was a 1990 graduate of Logansport High School.

A homemaker, Cherie loved her husband, their kids and the family dogs with all her heart. Since 1999, she had suffered from MS but she was never one to complain. Cherie was a joy to be around. She had a loving spirit and always put everyone in her life first, above all else.

Surviving with her husband are her children: Sierra Bohling of Florida, Haylee Bohling and Thomas Bohling, both of Camden; her mother and step-father Ellen and Don Albright of Logansport; her father Gary Wertz of Kokomo; her stepmother Shirley Griffey of Camden; one sister Brianna Griffey of Camden; her paternal grandmother Twylia Wertz of Camden; Tom’s mother and step-father Karen and Tim Bohling of Logansport; Tom’s father Iran Bohling and his companion Lisa Wilson of Texas; one sister-in-law Tessa Reed of Texas; and several aunts and uncles.

She was preceded in death by one daughter Chelsea Bohling.

A funeral service celebrating the life of Cherie Bohling will be held at 2 p.m. Tuesday, September 22, 2015, in Fisher Funeral Chapel, Logansport, with Jeff Strite officiating.

Friends may call from 4-8 p.m. Monday, September 21st and one hour prior to the service on Tuesday in the funeral chapel.

Memorial contributions may be given to the family to assist them during their time of need.