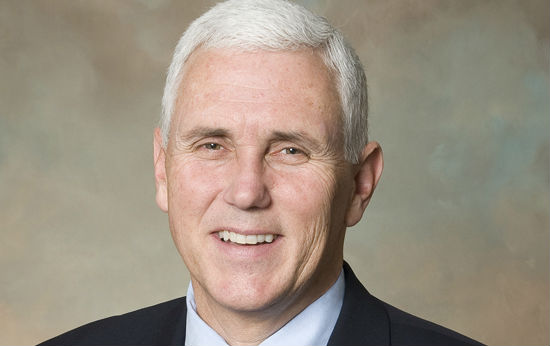 Last Updated on September 12, 2015 by cassnetwork

Indianapolis – Governor Mike Pence, First Lady Karen Pence and a delegation of Hoosier business and community leaders are traveling to Japan to bring jobs and investment to Indiana.

“With more than 250 Japan-owned businesses operating in Indiana today, the state’s relationship with Japan is crucial to our economy and continued job creation in the Hoosier State,” said Governor Pence. “Since January 2013, we have announced more than 2,100 new job commitments and nearly $800 million in planned capital investment from Japanese companies operating in Indiana. I’m looking forward to returning to the site of my first gubernatorial jobs mission to continue this momentum by sharing Indiana’s story as a state that works for business.”

This will be Pence’s seventh international trade mission and his second to Japan as Governor. Members of the state delegation include economic development professionals, local elected officials and business leaders representing industries such as manufacturing, compliance, construction, finance, legal and utilities. In addition to Governor Pence and First Lady Karen Pence, the state will be represented by Secretary of Commerce Victor Smith.

The cost of the state delegation is being covered through private donations to the Indiana Economic Development Foundation.

The Governor will departed Indiana on Sept. 11, and will return on Sept. 18. Below is the daily trip itinerary:

Governor Mike Pence will attend the Midwest U.S.-Japan Association Conference Executive Meeting and welcome reception in Tokyo. Pence is one of five Midwest representatives, including four governors and one lieutenant governor, scheduled to attend the conference.

Governor Pence will address attendees at the opening ceremony of the Midwest-U.S. Japan Association Conference and meet with representatives from Honda Motor Company and Mitsubishi Heavy Industries. Both Japan-based companies have operations in Indiana. The Governor and members of the delegation will also meet with executives of Hitatchi Ltd. to learn about the company’s new Smart City technology.

The First Lady will visit the Tokyo International School during the day before joining the Governor to attend the conference’s annual dinner.

The Governor and Indiana delegates will meet with business executives from Japanese companies with Indiana operations, including Mitsu Kinzoku, Mitsubishi Corporation and Subaru, which combined employ more than 7,500 associates in the Hoosier State. They will also meet with representatives from Marubeni, one of the top five largest Japanese trading companies, and Keidanren, Japan’s largest business lobby, which sent a delegation to Indiana earlier this summer.

The First Lady will visit NPO Resilience, a Tokyo-based non-profit organization that provides seminars for victims of domestic violence. In the evening, the Governor and the First Lady will host a Friends of Indiana reception with representatives from Japanese companies with operations or investment in Indiana.

Governor Pence and members of the delegation will conduct business meetings with executives from Aisin, Toyota Industries Corporation, Toyota Motor Corporation and Toyota Tsusho Corporation. Together, these companies employ more than 8,000 Hoosiers through their Indiana operations.

Mrs. Pence will travel to Miyoshi, the sister city of Columbus, Indiana, to conduct an art exchange with fourth grade students at Miyoshigaoka Elementary School. In the evening, the Governor and the First Lady will host a Friends of Indiana reception in Nagoya.

The Governor, First Lady and the Indiana delegation will return to Indiana from Nagoya.

Members of the official delegation are:

Two members of the Governor’s security detail will also travel.

Updates from the trade mission will be posted here.