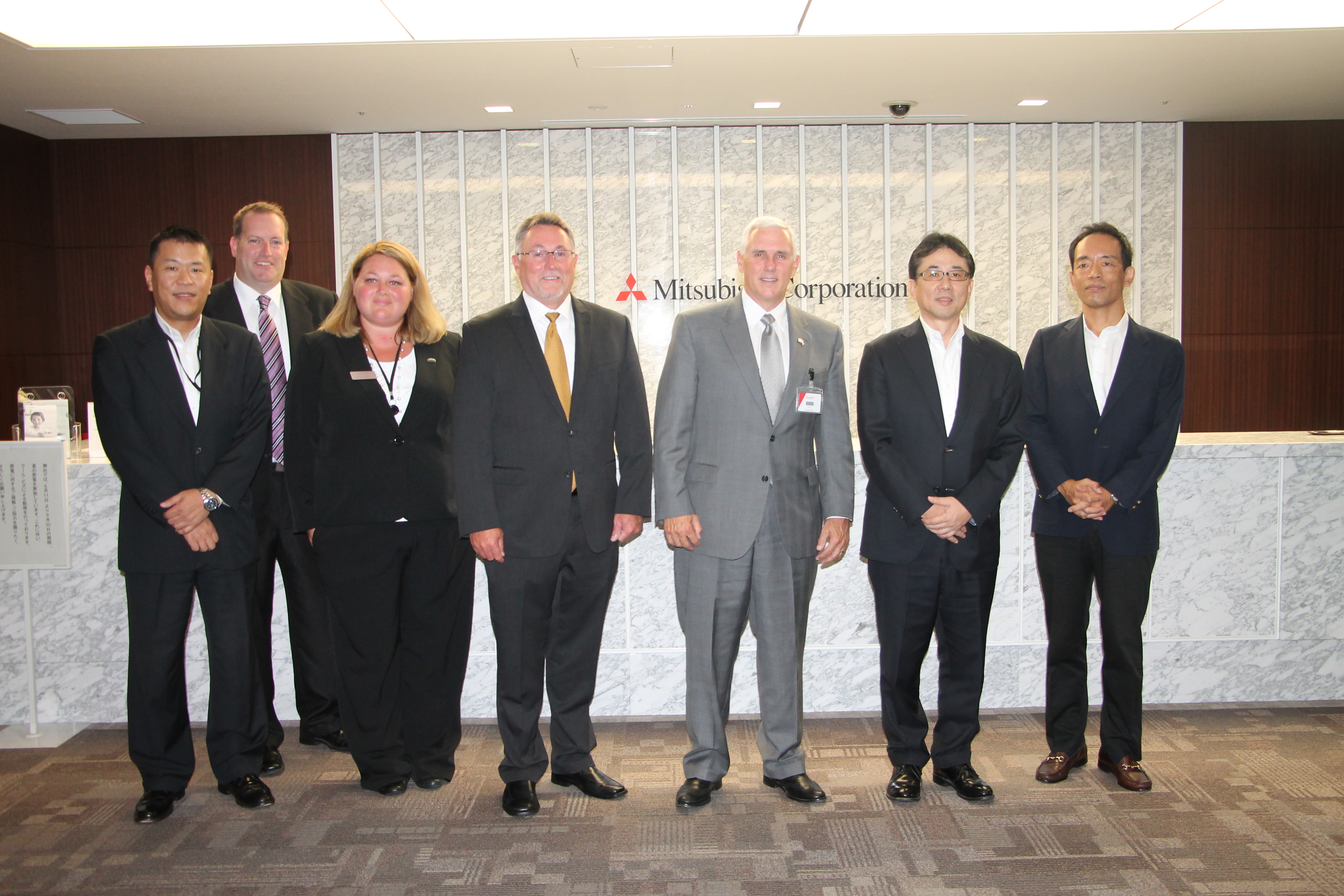 Last Updated on September 15, 2015 by cassnetwork

TOKYO (Sept. 15, 2015) – Governor Mike Pence joined executives from Mitsubishi Corporation and its subsidiary, Indiana Packers Corporation, in Tokyo today as they announced plans to expand its operations in Delphi, Indiana, creating up to 91 new jobs by 2016.

“International companies like Indiana Packers Corporation are choosing to locate and grow in the Hoosier State because they recognize the benefits of our low-cost, low-tax business climate,” said Governor Mike Pence. “Since leading my first jobs mission to Japan in 2013, more than 18 Japan-owned companies have announced plans to create 2,500 new jobs in Indiana. And, in light of recent conversations with executives here in Japan, I anticipate even more jobs announcements in the coming months as a result of this trade mission.”

Indiana Packers Corporation and its Japan-based parent company will invest $40.6 million to expand its operations in Delphi. The company, which is a joint venture with Itoham Foods, processes pork and bacon for the United States, Japan and Mexico. Indiana Packers is one of Mitsubishi Corporation’s three investments in the Hoosier State, where Japanese companies employ more than 52,000 Hoosiers.

Indiana Packers, which currently has more than 2,000 full-time employees across its two Indiana operations in Delphi and Frankfort, plans to begin hiring for production line positions immediately. Interested candidates may apply online at www.inpac.com via the employment tab.

“This new facility will enable us to produce more of our award winning INDIANA KITCHEN® branded bacon while providing additional jobs in this region,” said Russ Yearwood, president and chief operating officer of Indiana Packers Corporation. “We applaud the state of Indiana’s leadership for being a strong advocate for agriculture in this country. We also thank the city of Delphi and the state of Indiana for their continued support as we invest in our future.”

Founded in 1991, Indiana Packers produces 3.5 million pounds of fresh pork daily. Offering smoked meat product lines under the INDIANA KITCHEN® brand, the company works closely with local livestock farmers and their feed suppliers to provide local meat choices. Indiana Packers serves retail and food service customers across the country, with the majority of its customers located in the Midwest.

The Indiana Economic Development Corporation offered Indiana Packers Corporation up to $475,000 in conditional tax credits and up to $28,000 in training grants based on the company’s job creation plans. These incentives are performance-based, meaning until Hoosiers are hired, the company is not eligible to claim incentives.

Agriculture in Indiana is a large and diverse industry, supporting more than 245,000 Hoosier jobs. Indiana sales in agriculture top $11.2 billion annually, which places the state among the top 10 states for agriculture in the nation, according to the Indiana State Department of Agriculture.