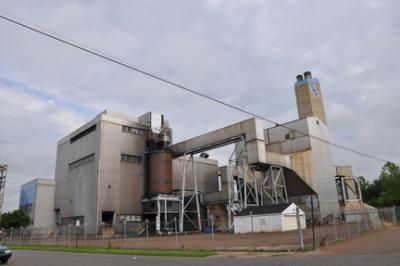 Last Updated on September 30, 2015 by cassnetwork

Mayor Ted Franklin announced today, in concert with Mr. R. Delbert LeTang, CEO of S. G. Preston Company a three phased project that will assure long-term electric generation for Logansport and secure a competitive electric rate structure to ensure economic development in the entire Logansport area.  “We are very pleased that a long term, environmentally friendly solution that will reduce the cost of electricity while retaining and expanding the current number of jobs has finally been resolved” said Mayor Ted Franklin.

“We have assembled a best-in-class group of partners to ensure an effective long-term solution for Logansport, from premier engineering firms such as E3 Consulting, industry leading operations and maintenance provider such as NAES, to a global group leading financing partners” said R. Delbert LeTang.

The Logansport Generating Plant would be leased by SGP Energy Logansport, LLC and will be retrofitted to accept renewable fuel pellets with the approval of IDEM and EPA, allowing the facility to continue to operate in compliance with current environmental emission regulations at least through January 2017.  The second phase will progress to a natural gas component. These two phases will provide enough generation to supply Logansport its full power requirements, at least 100 MW.  The final phase will utilize renewable pelletized fuel in a new facility.  “This renewable pellet is not new or experimental in any way, shape, or form, we commit to using only proven technologies and feedstocks in projects of this nature,” says R. Delbert LeTang.

The Logansport Generating Plant will continue to employ LMU employees under a third party Operation and Maintenance agreement, both in the immediate and long-term.  This partnering of LMU and SGP Energy will not only save, but will also expand the current number of jobs at the existing Logansport Generating Plant and all project generation facilities.
Community input is now expected to commence.  As always, final approval rests with decisions by the Utility Service Board and the Logansport Common Council.  Once approved, the project would transition to preliminary design, environmental reviews, and approvals from the various governmental entities regulating the public power industry, throughout calendar year 2016.

“This is and has always been a tedious process with a host of complex components, but we have managed all of these elements within a very short timeframe in order to maintain our commitment to the City of Logansport.  We embrace the challenge this project presents, and will continue our positive momentum in Logansport.” says R. Delbert LeTang.

Read the previous release from April 7 announcing the city’s partnership with SG Preston.