Last Updated on September 27, 2015 by cassnetwork 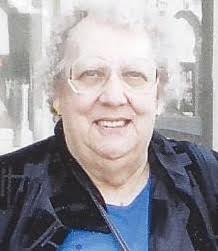 Pauline I. Dailey, 84 of Logansport passed away on Sunday, September 27, 2015 at Chase Center.

She was born on December 29, 1930 in Indianapolis to the late Henry and Geneva Zanger. Pauline had worked as a Certified Nursing Assistant.  She loved her dogs. Pauline also enjoyed cooking and watching ballroom dancing.

Surviving are two daughters: Karen Mohrle and Paula Jean Dailey both of Logansport and one sister: Geneva “Betty” Allen of Delphi. Also surviving are three grandchildren and six great-grandchildren.

A funeral service celebrating the life of Pauline Dailey will held at 1 p.m. on Tuesday, September 29, 2015 at Fisher Funeral Chapel.
Friends may call from 11a.m till the time of the service.
Burial will follow at Ever-Rest Memorial Park.

Memorial contributions may be made to Cause for Paws in memory of Pauline. Envelopes will be available at the funeral home.

You may share condolences in her guestbook at www.fisherfuneralchapel.com