Last Updated on September 1, 2015 by cassnetwork 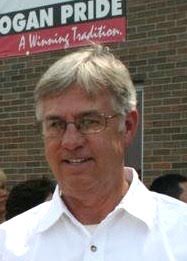 Born on October 19, 1949, at St. Joseph Hospital in Logansport, he was the son of the late Raymond and Lavonne (Johnson) Gust.

Bud was a 1967 graduate of Logansport High School and will be remembered for holding the Low Hurdle record for several years. He earned several ribbons for both High and Low Hurdles.

At age 18, Bud enlisted into the United States Army on the “Buddy System” with two of his high school friends. He served his country during the Vietnam War as a Communications Security Specialist. As a Communication Security Specialist, Bud analyzed and collected allied radio and telephone transmissions, which required a Top Secret Security Clearance. After 4 years of military service, Bud graduated from Ball State University in 1975 with a Bachelor degree in Marketing.

Bud was employed as the Lead Accountant Clerk at Wilson’s Food and IBP for 18 years. He was currently employed with Tyson Foods in Logansport since 1998.

Survivors include one daughter; Kim Ladd of Logansport, brothers; Mike Gust (Rose) of Logansport, and Dave Isaacs (Nancy) of Delphi, and a nephew, Justin Gust (Melissa) of San Antonio, Texas.Services will be held at 10:30 a.m., on Saturday, September 5, 2015, at Marocco-Rans Funeral Chapel with  Father Dominic Petan officiating.

Burial with full military rites will be held at Mt. Hope Cemetery.

Memorial Contributions may be made to the American Heart Association.

Please sign the guestbook and leave an online condolence for the Gust family at ransfuneralhomes.com.