Last Updated on October 28, 2015 by cassnetwork 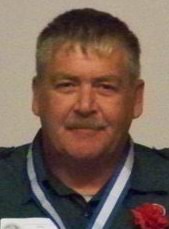 Terry A. Beasy, 57, of the Headlee suburbs, passed away on October 26, 2015, at IU Health Methodist Hospital in Indianapolis.

He was employed at his dream job with Heartland Technology Partners as the Vice President of Product Development and Vice President of Environmental Health and Safety. He was formerly employed for 20 years at Waste Management, most recently as a District Manager. He also owned and operated Center Community Restaurant in Royal Center from 1998 to 2004. He was a 1977 graduate of North White High School and graduated in 1986 with honors from Lincoln Technical Institute where he studied Automotive and Diesel Truck Technology and Automotive Service Management. He had previously served as a munitions maintenance specialist in the United States Air Force and spent two years stationed at Kadena Air Base in Okinawa, Japan.

Terry was a lifelong conservationist who enjoyed hunting and fishing. He spearheaded the creation of wetlands and a nature preserve at Liberty Landfill. He was a member of the Boy Scouts of America, devoting sixteen years to volunteering at Camp Buffalo Boy Scout Camp. He established the camp’s shooting range and captained a wetlands reclamation project on camp grounds, including the excavation of a pond, Lake Liberty.

He was a licensed Range Safety Officer and an NRA-certified shooting instructor who taught hunter education and firearm safety to thousands of youths through the Boy Scouts, 4-H, and the Indiana Hunter Education Association.

Terry was accepted into the Honorable Order of the Kentucky Colonels, was honored with numerous conservation awards, and received the Silver Beaver distinguished service award from the Sagamore Council Boy Scouts of America, the highest council-level award offered by the Boy Scouts.

He leaves behind four big sisters who tolerated 57 years of smart comments and practical jokes: Linda Weybright (Garry) of Goshen, Mary Garling of Monon, Dianna Tribbett (Lyle) of Monon, and Donna Young of West Lafayette. He is survived by sister-in-law Teresa VerMaas of Royal Center, and brothers-in-law Greg Crockett of Logansport, Matt Crockett of Shipshewana, and Mike Crockett (Samantha Gray) of Royal Center. He is survived by many nieces and nephews. He also leaves behind his best friend and partner in crime, Dan Patterson of greater Headlee.

In lieu of flowers, memorial contributions can be made to the Sagamore Council BSA.