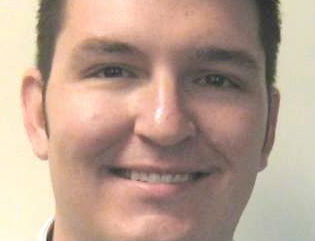 Last Updated on November 24, 2015 by cassnetwork

KOKOMO, Ind. – Leo Studach, associate professor and program chair of science at Ivy Tech Community College’s Kokomo region, is one of 30 community college instructors internationally who have been selected to serve as Phi Theta Kappa’s 2016-2017 Faculty Scholars. The 30 were selected from among nearly 3,000 Phi Theta Kappa chapter advisers around the world.

The scholars were selected through a rigorous application process in which they demonstrated excellence in teaching or administration. The selection committee also considered where the applicant lives, the Phi Theta Kappa division in which they advise, the teaching or professional discipline and the number of years the applicant has served as a chapter adviser.

“The result of the selection process is a strong, diverse group of Faculty Scholars,” said Susan Edwards, Phi Theta Kappa’s Dean of Academic Affairs and Honors Programs. “We congratulate them for being selected to serve and for their willingness and desire to surpass the traditional duties of an adviser by contributing in this manner.”

The group will attend the annual Faculty Scholar Conference at Phi Theta Kappa’s Center for Excellence in Jackson, Miss., Jan. 27 to 30. There they will study the 2016/2017 Honors Study Topic – How The World Works: Global Perspectives – and prepare to serve as discussion facilitators for Phi Theta Kappa’s 2016 Honors Institute at Wake Forest University in Winston-Salem, N.C. The group will also serve as Faculty Scholars for the 2017 Honors Institute.

Studach has been recognized as a state and international leader in Phi Theta Kappa. In 2014, his third year as adviser of Phi Theta Kappa’s Beta Gamma Zeta (BGZ) chapter at the Logansport Campus, Studach was honored at the international conference in Orlando, Fla., with a Paragon Award for New Advisers. He was credited by students, faculty, and staff with fostering a vibrant, enthusiastic and successful organization during his short time in the role. In 2013, the chapter was recognized with two top awards in the coveted Hallmark Awards competition at the International PTK Convention in San Jose, Calif. BGZ chapter was honored with the Distinguished Honors in Action Award, one of only 60 given each year out of more than 1,250 chapters worldwide, and one of the 43 Distinguished Chapter Awards. Studach also serves as Indiana regional coordinator, leading the advisers from the 23 chapters across the state.

An instructor in life and physical science at Ivy Tech since 2011, Studach earned a Bachelor of Science degree in biochemistry from Marquette University in 2005 and his Ph.D. in molecular biology from Purdue University in 2010.

“The Faculty Scholar Conference is recognized internationally as one of the finest professional development programs available for community college faculty members,” Edwards said. “We are proud to once again offer this intense training experience to a new crop of Faculty Scholars as they prepare to serve as facilitators for Honors Institute.

“Approximately 450 Phi Theta Kappa members and chapter advisers from around the world will join us at Wake Forest University for Honors Institute next year, and our Faculty Scholars will be ready to guide them through this pinnacle of honors programming experiences.”

During Honors Institute, the Faculty Scholars will lead groups of 15 to 18 honor students in seminar discussions of the issues presented by experts on the Honors Study Topic throughout the week.

Phi Theta Kappa Honor Society, headquartered in Jackson, Miss., is the largest honor society in higher education with 1,285 chapters on college campuses in all 50 of the United States, plus Canada, Germany, the Republic of Palau, Peru, the Republic of the Marshall Islands, the Federated States of Micronesia, the British Virgin Islands, the United Arab Emirates and U.S. territorial possessions. Nearly 3 million students have been inducted since its founding in 1918, with approximately 131,000 students inducted annually.