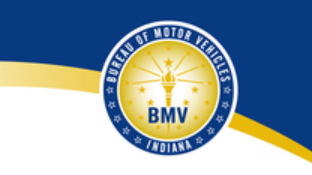 BMV will have extended hours on Election Day

Last Updated on November 2, 2015 by cassnetwork

Kent Abernathy, Commissioner of the Indiana Bureau of Motor Vehicles (BMV), announced that BMV license branches located in counties that have November 2015 municipal elections will extend hours of operation on Monday, Nov. 2 and on Tuesday, Nov. 3 to issue ID cards and driver’s licenses that may be used for identification at a polling place. Branches in counties that have November 2015 elections will be open on Monday, Nov. 2, from 8:30 a.m. to 8 p.m. and on Tuesday, Nov. 3, from 6 a.m. to 6 p.m.

The Indiana BMV provides free, state-issued ID cards for voting purposes to any unlicensed Hoosier that is a U.S. citizen as long as he or she can provide proper documentation and will be at least 18 years of age on or before the next General or Municipal Election. The following documents are required to obtain a new state ID card or driver’s license (a complete list can be found at myBMV.com):