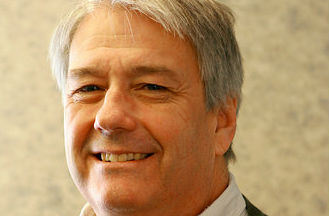 Last Updated on November 29, 2015 by cassnetwork

Mayor-Elect Dave Kitchell says the full-time employee appointments for his administration have been completed.

Yamir Gonzalez-Velez  has been appointed city attorney. She is a native of Puerto Rico and holds two master’s degrees from Indiana University and a law degree from Valparaiso University. She is an associate with Robert L. Justice and will be the first woman to serve as lead city attorney.

“Her first task will be to take on a lawsuit filed against the city in U.S. District Court in South Bend,” Kitchell says. “The suit stems from the clean-up of the former Trelleborg plant at One General St. on Logansport’s west side. She will be handling all civil city duties including the Logansport City Council, Logansport Board of Public Works and Safety, Logansport Planning Commission and Logansport Board of Zoning Appeals.”

Additionally, Jim Brugh, a former city council member, has been appointed as the new Logansport Municipal Utilities attorney. Jim is a Logansport native and has practiced law in Logansport for more than 30 years. As a member of the council, Jim crafted the ordinance that created the USB. He is the husband of Mercedes Brugh, who is the deputy mayor-designate.

“This is somewhat of a different arrangement from years past in that city attorneys or their law firms have traditionally represented both the city and the utilities, but the growing demands of each level of government have necessitated hiring more attorneys, and that has been apparent in the current administration. By spreading out the responsibilities, we hope to lessen the need to hire special counsel and reduce the costs of paying Indianapolis attorneys which have skyrocketed. We’d like to pay local attorneys to do Logansport’s business for us, and we have two people who are eminently qualified.”

Kitchell consulted with several local law firms before announcing his choice. Gonzalez-Velez, who is bilingual, will receive some support from Justice, who is a Harvard graduate and a former Cass Circuit Court judge.

Kitchell also announced that the current building commissioner and code enforcement officer will remain in place, as will Deb O’Connor, who is the senior employee in the building commissioner’s office. As part of the transition to a new administration, O’Connor has been promoted to office manager.

With the appointments, all full-time employees for the incoming administration have been completed before Dec. 1, which was one of Kitchell’s goals.

“We plan to turn our attention now to orientation for the new council, the new clerk-treasurer and myself, and to focus on what our immediate priorities will be when we take office five weeks from today.”