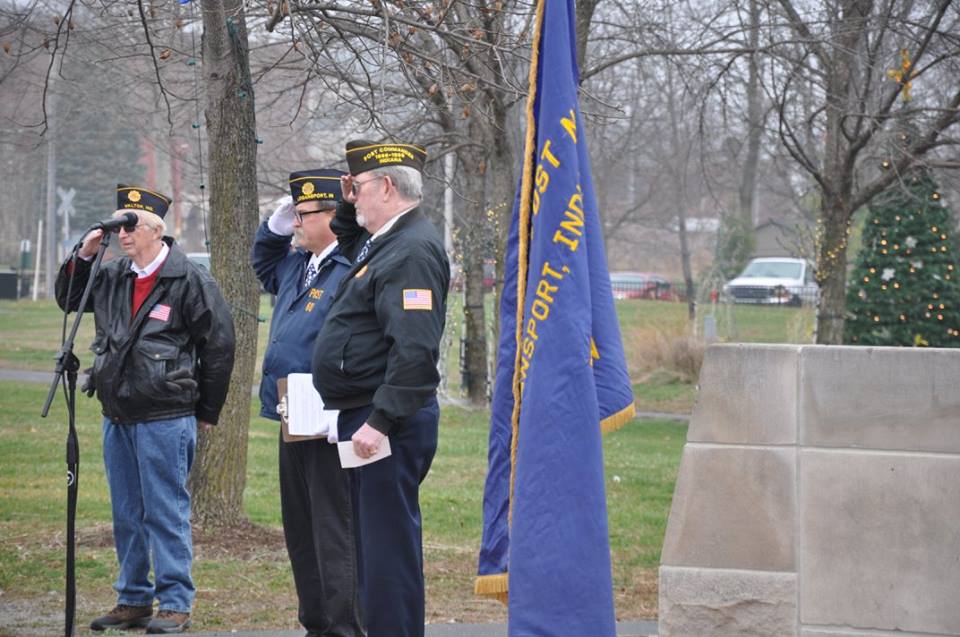 Last Updated on December 7, 2015 by cassnetwork

A small crowd (but the largest one in recent years) gathered at Little Turtle Waterway at 12:55 p.m. on December 7, 2015 to mark the 74th anniversary of the attack on Pearl Harbor that led to the United States’ entrance into World War II.

The Cass County Veterans Council holds the observance at 12:55 p.m., which is 7:55 a.m., the time of the attacks in Hawaii. The ceremony included a prayer by Frank Miller, whose father was a Pearl Harbor survivor. A bouquet of roses was tossed from the 3rd Street Bridge into the Wabash River as a tribute.

See more photos from the ceremony by Phill Dials on our Facebook page.