Last Updated on December 16, 2015 by cassnetwork 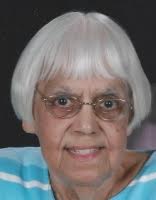 Born February 15, 1930, in Logansport, she was the daughter of the late H. Kirk and Gretchen (Swaney) Smith.

Dorotha was a 1948 graduate of Logansport High School. In 1983, she retired from Verizon. Dorotha had also worked for Kresge’s, Indiana Bell Telephone Company, General Telephone and part-time for Walmart.

A funeral service celebrating the life of Dorotha Wakeland will be held at 2 p.m. Friday, Dec. 18, 2015 in Fisher Funeral Chapel with Pastor Chuck Compton officiating.

Visitation will be held from 11 a.m. until time of service.