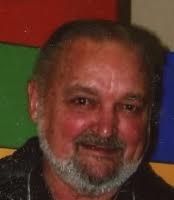 A 1967 graduate of Logansport High School, Kenny entered the U.S. Army in 1967.
He was a veteran of the Vietnam War.

Kenny was retired from Trelleborg.

He was a member of the VFW Post 3790 and the American Legion Post 60. He enjoyed music and was proud to be a country musician. His favorite times were those spent with family and friends, especially his grandchildren.

He was preceded in death by two sisters, Rhonda Smith and Rita Weaver.

A funeral service celebrating the life of Kenny Weaver will be held at 2 p.m. Friday, December 11th in Fisher funeral Chapel with Pastor Ed Roller officiating. His family invites you to honor his memory by dressing casual –  Kenny was a blue jeans and boots kind of a guy.

Burial, with military honors, will be held in Mount Hope Cemetery.

Visitation will be from 11 a.m. until the time of the service.

You may share condolences and view his video tribute online at www.fisherfuneralchapel.com