Logansport continues the fight against blight 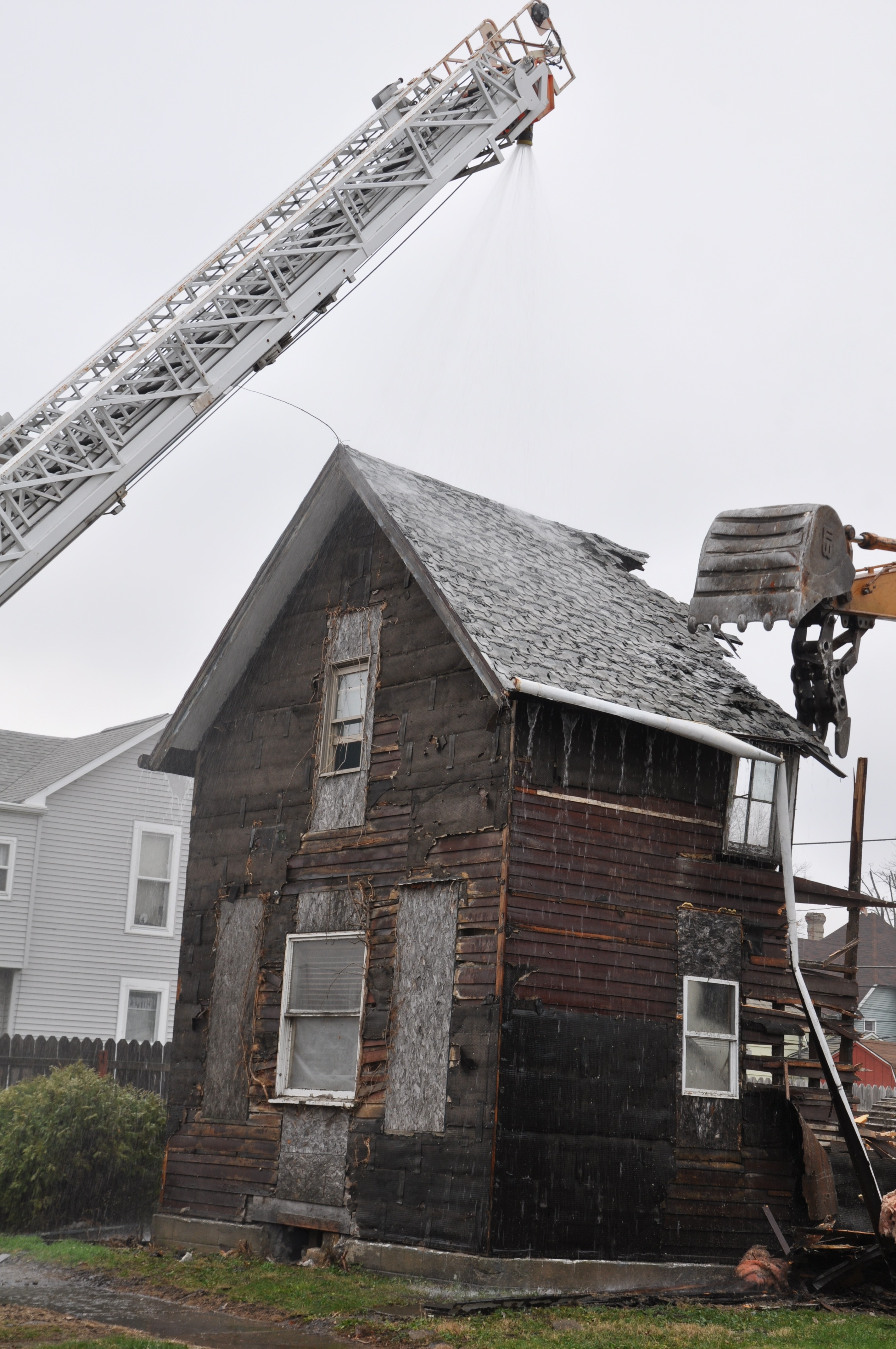 Last Updated on December 8, 2015 by cassnetwork

Logansport officials and representatives from the state gathered today and watched as a crew demolished a blighted property, located at 823 Race Street, as part of Indiana’s Hardest Hit Fund Blight Elimination Program (BEP).

Statewide, the program has made a total of $75 million in blight elimination funds available to reduce foreclosures through stabilization of residential property values. Today’s demolition is a continuation of Logansport’s effort to fight blight. A total of $925,000 was allocated to the city to for use to demolish, green and maintain blighted properties throughout Logansport.

Administered by the Indiana Housing and Community Development Authority (IHCDA), the goal of BEP is not just to demolish abandoned homes and improve the resulting lots, but ultimately prevent avoidable foreclosures and stabilize property values in Indiana communities.

“We have been fighting blight in our community for a long time,” said Logansport Mayor Ted Franklin. “These funds will help us make our city a safer and more beautiful place to visit and live.”

The property being demolished today was chosen due to multiple past issues. Even before the house was condemned in 2012, there had been numerous police calls involving animal and criminal activity, as well as mowing and trash violations. Today, this house will be demolished and made into a green space.

The Blight Elimination Program provided local units of government in all 92 Indiana counties the opportunity to compete for funding to prevent avoidable foreclosures through the elimination of blighted and abandoned homes. The funds are drawn from the $221.7 million in Hardest Hit Funds allocated to Indiana. In February 2014, the U.S. Department of the Treasury approved the use of $75 million of Indiana’s Hardest Hit Funds by IHCDA for successful Blight Elimination Program applicants. The partnership between IHCDA and Treasury allows for funding to eliminate blighted properties and offer a variety of end uses for the newly cleared parcels, such as green space or redevelopment. All application deadlines have passed.