Last Updated on January 29, 2016 by cassnetwork 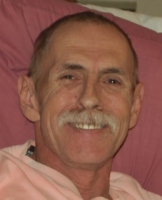 Born February 13, 1959, in Logansport, he was the son of the late Joseph Lynn and Joan Lois (Ortman) Army.

Joe had worked as a mechanic with Donato’s Motors. He enjoyed working on small engines and fixing old bikes to give to children in need. Joe especially loved spending time with his own children.

He was preceded in death by his brother, Gary Army.

A funeral service celebrating the life of Joe Army will be held at noon Saturday, January 30th in Fisher Funeral Chapel. Larry Phillips and Kelly Spencer will officiate at the service.

Friends will be received from 10 a.m. to noon prior to the service on Saturday.

Memorial contributions may be made to the American Cancer Society or Riley Hospital for Children.