Last Updated on January 14, 2016 by cassnetwork 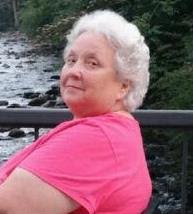 Paulette Ann Trent, 69, of Logansport, passed away with her family by her side, Wednesday, January 13, 2016 at Memorial Hospital in Logansport.

Born August 31, 1946, she was the daughter of Paul Ruschkofski and Dorothy (Buck) Ruschkofski-Clark.  On March 28, 1964 in Logansport she married her husband of 51 years, Roger Trent who survives.

A 1964 graduate of Logansport High School, Paulette retired from Logansport Juvenile Facility and had previously worked at Memorial Hospital for many years.

She was preceded in death by her father Paul, stepfather Everett Clark and great-grandson Brandon Lamb.

Visitation will be held at Gundrum Funeral Home on Saturday, January 16th from 1-3 pm.  At the request of the family, funeral services will be private.

In lieu of flowers or gifts, please make contributions to the family through Gundrum Funeral Home.  Family and friends may sign the guestbook online at www.gundrumcares.com.