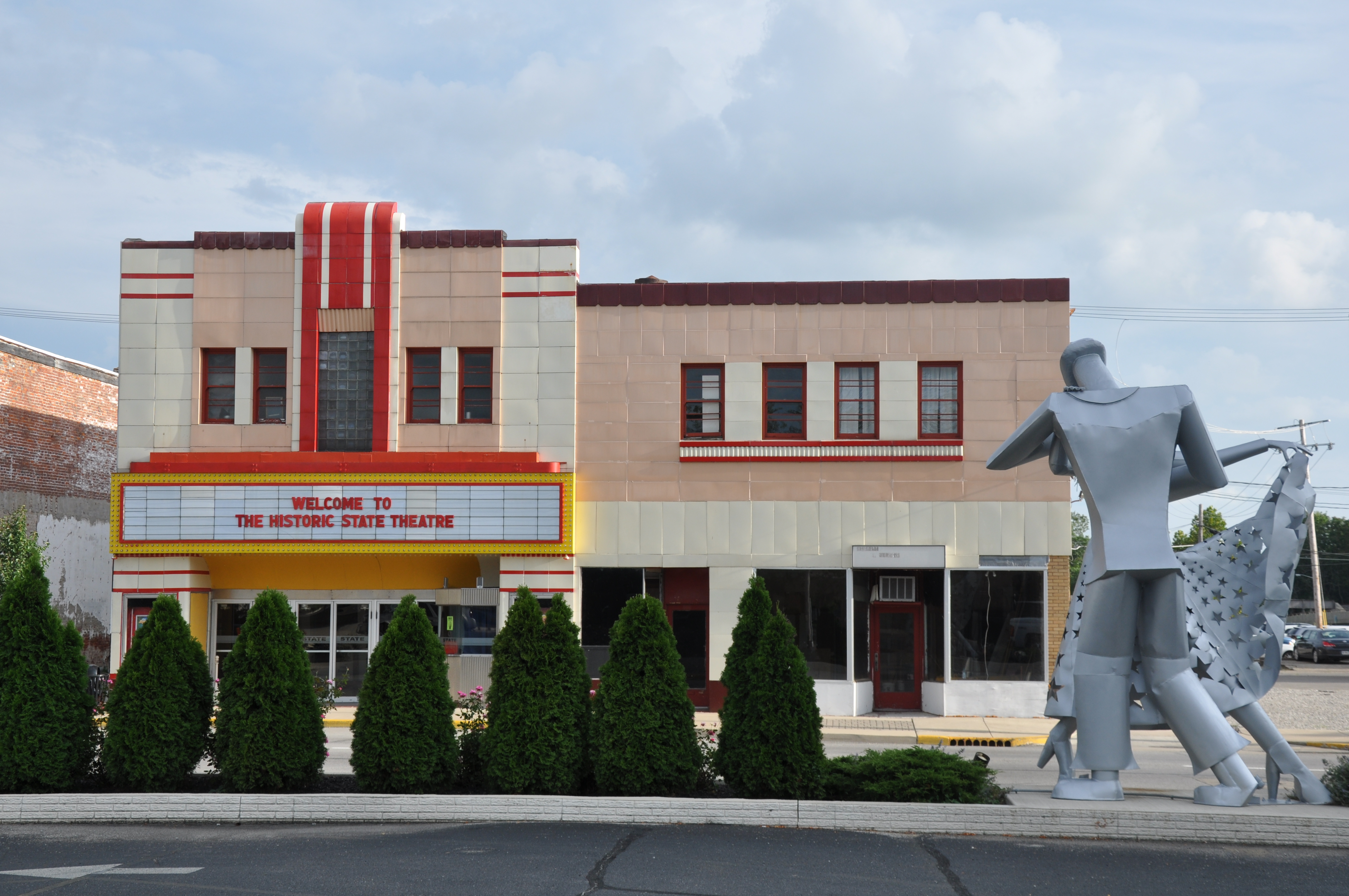 Last Updated on January 22, 2016 by cassnetwork On August 5, 2014, my wife, Della, and I moved home after many years away to put our words into action and try to save the State Theatre from what we were convinced would be a slow decline toward eventual demolition — like so many lost historic structures in our downtown.
Nearly 18 months later, I can look back with pride on just how much we’ve accomplished:
What has become clear is that the State is cherished by more than just our small group of friends and family who have rolled up their sleeves to help us nurse the theatre back to health. Our Facebook page has an astonishing 3,000+ fans. Our recent Pink Droyd show was a near sellout at 540 tickets sold, capping a two-month period when we welcomed more than 2,000 patrons.
But we want far more for the State. I left behind friends and a career in Philadelphia because I wanted to take an active role in reversing the decline of downtown — a passion that grew out of the process of writing my book, “But Not Forgotten,” in 2012. While we deeply appreciate the support we have gotten so far, we realize it is simply not enough to restore and preserve the State as we envisioned. We could continue to open the doors, put on shows, and pay the bills, but we want much more than that — we want to fully restore the State to its former grandeur and then preserve it for the enjoyment of future generations.
To that end, I am pleased to announce the formation of the State Theatre Preservation Society Corp. This is a registered corporation in the state of Indiana, though we are still in the process of securing our tax-exempt 501(c)3 status, which will be filed an day now. At a meeting on Jan. 6, 2016, its board of directors was elected and its executive board was affirmed as follows:
The purpose of this non-profit organization is to restore and preserve the State Theatre, provide performance space to other non-profit, government, and educational organizations throughout Cass County, nurture and support the local arts community, and continue to provide the citizens of Logansport with quality, affordable entertainment. Unlike a for-profit business, the non-profit exists solely for the purpose of serving the public good and can access funding streams that are not open to for-profit entities. The nonprofit will apply for grants, accept donations, and charge for admission, beverage, and concessions at shows, among other fundraising efforts.
Two important and unique elements that are included in the founding documents of the corporation are things that I am particularly proud of: First, the bylaws specifically call for the theatre to be made available for free use by other non-profit organizations in Cass County including, but not limited to, the following organizations that are identified by name:
And second: The Board of Directors voted unanimously to create an Advisory Board made up exclusively of Cass County musicians, artists, writers, thespians, students, technicians (audio, video, and lighting), and managers of other venues or companies that continuously support the work of local artists to advise the Board on issues ranging from art outreach programs, training and career development opportunities, and ways in which the theatre could be improved technically, structurally, or logistically to the mutual benefit of performers and patrons.
My company, State of the Arts Media L.L.C., will continue to operate the State Theatre until such a time as the State Theatre Preservation Society Corp. has secured the funding to buy the theatre and its contents at a price that will be set below the appraised value. It is also my belief that, as a recently elected official with the City of Logansport, divesting from the theatre will prevent any perceived or actual conflicts of interest. As a Common Council member, I will undoubtedly be making decisions that will impact redevelopment and restoration efforts in downtown Logansport. Once the non-profit’s tax exempt status is established and it raises the necessary funds to purchase the theatre, I will not be in a position to potentially gain financially from improvements made to area surrounding the theatre. I will possibly, eventually, draw a salary as CEO of the non-profit, but that would be set by the Board of Directors and not tied to any improvements made to the theatre or the downtown district.
Please join me in applauding this exciting new chapter for the State Theatre — one that will hopefully pick up from where we have worked so tirelessly to arrive and open the theatre to endless possibilities for the perpetual survival of a great downtown landmark.
Kevin Burkett
Executive Director, State of the Arts Media LLC CEO
President, State Theatre Preservation Society Corp.