Last Updated on February 20, 2016 by cassnetwork 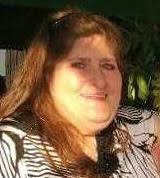 Elizabeth Richardson, 54, of Kewanna passed away unexpectedly Tuesday morning, February 16, 2016 at her residence.

Born on September 20, 1961 in Cheyenne, Wyoming, she was the daughter of the late Thomas and Barbara (Pack) Ball.

She was employed at WestRock Company in Plymouth. Her hobbies included Facebook and social media, hosting cook outs and spending time with family.

She was also preceded in death by brothers, Thomas, Charles, William and Truman Ball.

Burial will be at Citizens IOOF Cemetery in Kewanna.