Epic countdown to 100th Running of the Indianapolis 500 kicks off with action-packed Feb. 19

Last Updated on February 14, 2016 by cassnetwork 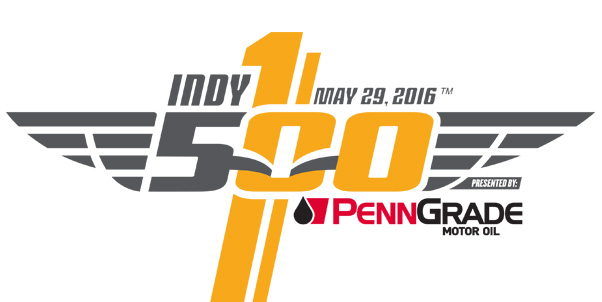 The 100-day countdown to the monumental 100th Running of the Indianapolis 500 presented by PennGrade Motor Oil will kick off with a star-studded and action-packed 24-hour celebration beginning on Feb. 19. From Indianapolis to New York City, fans will celebrate the past, present and future of the Greatest Spectacle in Racing and the entire Verizon IndyCar Series.

“The 100th Running of the Indy 500 marks a monumental milestone for our sport and our nation,” Hulman & Company CEO Mark Miles said. “Our 100-day countdown celebration will energize fans and build unprecedented anticipation for a truly historic race and a groundbreaking Verizon IndyCar Series season.”

“I can’t wait to celebrate the Indianapolis Motor Speedway and the Indy 500 with our fans for the next 100 Days,” IMS President Doug Boles said. “Feb. 19 will be an exciting and fun beginning to a memorable countdown that will be talked about for years to come. The 100th Running of the Indy 500 will be an unrivaled event that showcases our iconic legacy and sets the stage for an extremely bright future.”

Everything begins at the Indianapolis Motor Speedway in the late hours of Thursday, Feb. 18, where fans are invited to a community celebration beginning at 9:30 p.m. in the IMS pavilion. Just before midnight, attendees will gather at the Yard of Bricks for a special countdown moment. To learn more about Midnight on the Yard of Bricks, click here.

The next morning, on Friday, Feb. 19, IMS President Doug Boles, Verizon IndyCar Series drivers Helio Castroneves, Josef Newgarden, Ed Carpenter and Matthew Brabham will join Indianapolis Mayor Joe Hogsett and Indiana Secretary of State Connie Lawson for a proclamation ceremony at the Indiana Statehouse. More details about this event – including special media opportunities – will be released in the coming days.

At 4 p.m., attention will shift to the financial capital of the world, with a special countdown event at the New York Stock Exchange. Hulman & Company CEO Mark Miles and BorgWarner CEO James Verrier will take part in closing bell ceremonies alongside the iconic Borg-Warner Trophy.

Celebrations will come to a close that evening at the Crane Bay in downtown Indianapolis with a gathering celebrating the “Pursuit of Progress.” The event will be hosted by ESPN SportsCenter anchor Lindsay Czarniak and will feature four-time Indy 500 champion Rick Mears, Verizon IndyCar Series Driver Marco Andretti and a full roster of guests from the wider sporting world and beyond.