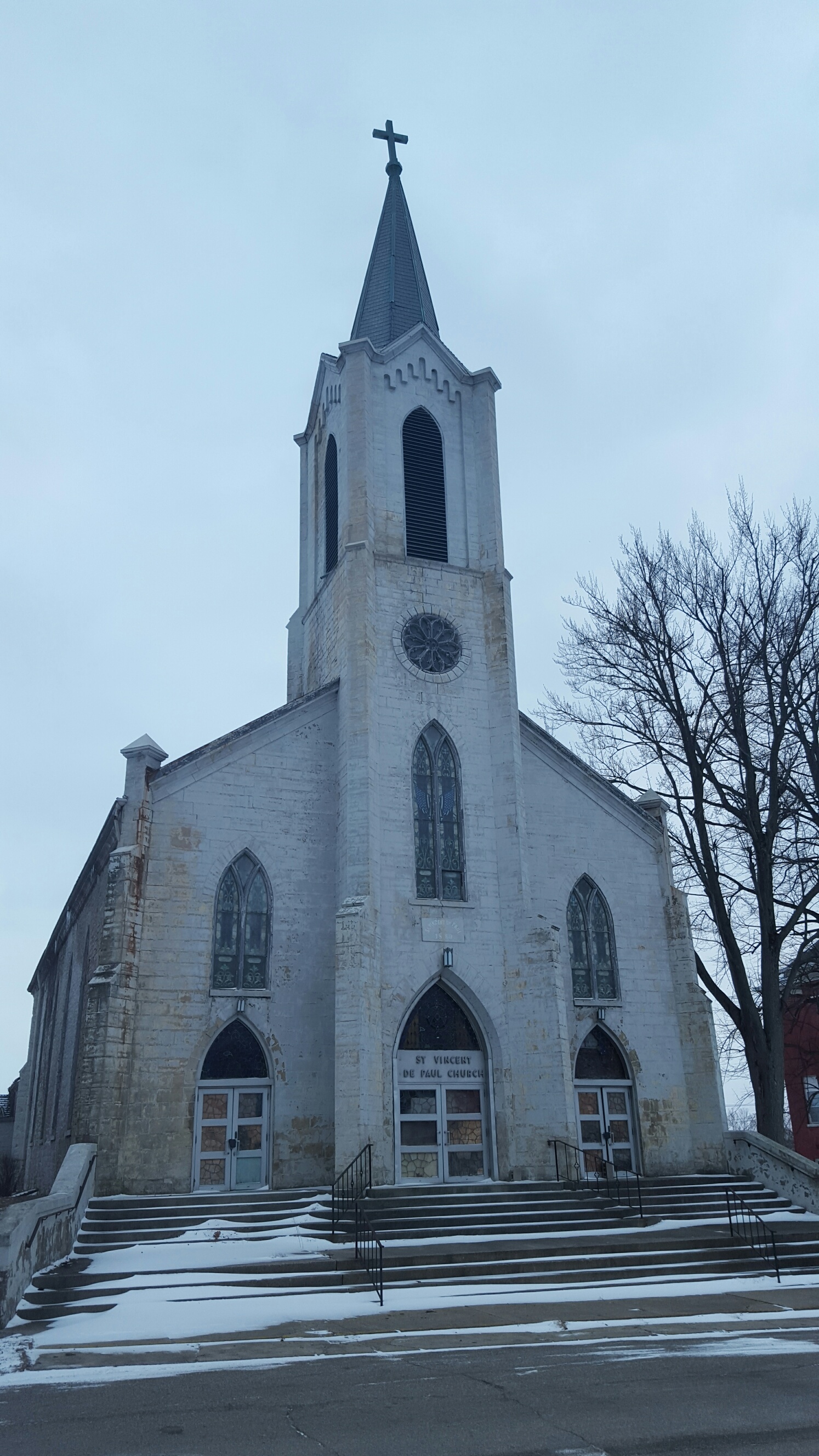 Last Updated on February 11, 2016 by cassnetwork The former St. Vincent de Paul Catholic Church building in Logansport will be under a microscope in the coming weeks as work begins to remove an historic portion of the building.

Mayor Dave Kitchell has announced that the owners, the Emmaus Mission Center, are in the process of procuring contractors to remove the golden cross from atop the church in the 800 block of Spencer Street.

“This is a precarious situation for a building that has been a local landmark for well over a century,” Mayor Dave Kitchell said Wednesday. “It’s unfortunate that age and the elements have become the perfect storm that threatens this building’s future because it is iconic not only to Roman Catholics who worshipped there, baptized there or married there, but to our entire community.”

Emmaus officials met with city officials Tuesday out of concern for efforts that can be done to stabilize the property and either market it for sale or demolish it. The church has not been used actively for worship since its congregation was combined with the former St. Joseph and St. Bridget Catholic Churches in the 1980s to form All Saints Parish. The combined churches have worshiped in the former St. Joseph building ever since.

“We will do whatever we can to actively find other options for this building that include preserving it, but it will require some financing and at least in-kind commitment of labor and consulting to enable this building to be repurposed,” Kitchell said.

The mayor has asked City Building Commissioner Tom Harp to inspect the structure and make recommendations on any structural needs that should come before the city.

“We applaud the owners for approaching us to seek our assistance and collaboration in doing something to preserve this property,” Kitchell said. “It’s our hope that if this building must be torn down, it won’t be because there were any options left unexplored.”

Kitchell expects to receive a report on structure at next Wednesday’s Logansport Board of Public Works and Safety meeting.