GUEST COLUMN: Winds of change are blowing, but opportunities will not be blown

Last Updated on February 5, 2016 by cassnetwork

We have invited Logansport Mayor Dave Kitchell to share updates from the City of Logansport in a monthly column. 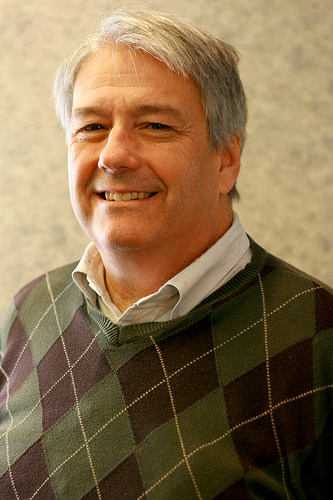 Since Jan. 1, I’ve been asked many times what it’s like to be mayor, or if it’s what I thought it would be.
My answer in every instance has been, “It’s better than I thought it was going to be.”
I knew when I attended the Indiana Association of Cities and Towns mayoral orientation that I was fortunate to be one of only 422 people in Indiana to have a job title of “mayor.” But when people ask me what I want to be called, I still say “Dave.”  That’s probably what I’ll continue to say for the next three years 10 months and however many days remaining in this term.
I didn’t run to acquire a title, but I am serving because we’ve got a lot to get done. I appreciate the opportunity to share that we are making inroads on several fronts.
For those who may have missed it, the city and county have agreed to share the operation of the Cass County Memorial Center as a joint city/county war memorial. We are in the process of bringing the center back on line so that it can be used for Artrageous in April, an Italian/American fundraiser in September that will be part of our Indiana Bicentennial activities, and a New Year’s Eve party that will raise money for the center’s future use. We are in the process of identifying the needs for the center and available funds to improve a building that is on the National Register of Historic Places.
Speaking of the National Register, we are currently asking for bids to update our Logansport inventory of homes and other structures that qualify as candidates for the national and Indiana registeries. We will  have more information on that later this year.
We have received word that a gas station may be opening in the next couple of years on the Hoosier Heartland. INDOT is improving the 18th Street and East Main intersection.
A new welcome sign for Logansport with our city, county, state and the American flag is in the works for the Heartland, as well as new blue informational signs and lighting that will improve safety and access for people who rarely if ever come into the city from that access point.
For the first time in years, the city has approved a match for employees to have a individual or family membership at the Cass County Family Y. We want to do this not only to encourage our employees and families to live a healthy lifestyle, but reduce our healthcare costs and to support a local nonprofit organization.
We’re working on several utility-related issues, including the next generation of electric generation in Logansport and a purchased power agreement that will lower electric rates for the forseeable future beyond the 10 percent drop LMU customers will begin seeing in their bills in the coming months.
We’re in the process of unwinding the legal problems with the former Trelleborg plant site on the west side, cleaning up brownfields throughout the city and keeping more of our tax dollars in the city by hiring local attorneys to do work that had employed two Indianapolis firms with nearly a half  million in legal costs last year.
Cass County Commissioners President Jim Sailors and I have been meeting weekly and I have been attending county commissioners meetings. Together, we are finding some collaborative answers that go beyond the boundaries of the city limit signs and party affiliation, and the spirit of cooperation has been tremendous. I could not have asked for more from the county elected officials and their appointees at this point.
We haven’t been perfect and no one could be in this or any job, but I would give our administration a high B+ for our first month in office. But I would give the county and the public an A+ in supporting us and in trusting us to move the community forward.
I’m very pleased to announce that the Logansport Parks and Recreation Department has officially moved to the former medical office of Drs. Jeffery Penman and Connie Owens. After losing our parks administrator and 80 percent of our parks board, we are thrilled to have two former parks board members, Beth Myers and Lynne Ness, rejoin the board. Duane Ullom, who brings a background with the Galveston Little League with him to the parks board, will be an asset in moving our summer baseball program forward. Congratulations are in order to Parks Administrator Rich Brewer and his staff for making the move nine days earlier than projected.
Meanwhile, there is much to do on the job front and we hope to have more news on that in future columns. The city and county are working together on several fronts, not the least of which is creating and retaining jobs in our community and raising incomes closer to the state and national averages. Quality of life issues will be key to making that happen, and housing is among those issues. We are endeavoring to work with the housing authority to make that piece of our equation more valuable and stable to the public.
We have extended the office hours for the mayor’s office to 5 p.m. weekdays and we will be offering more opportunities for the public to access city services online with the renovation of our city Web site. If you have any comments, questions, complaints or concerns, don’t hesitate to call our office at (574) 753-2551, or e-mail me at dkitchell@cityoflogansport.org.

‘Operation Dry Water’ to target boating while under the influence July 2-4, 2022