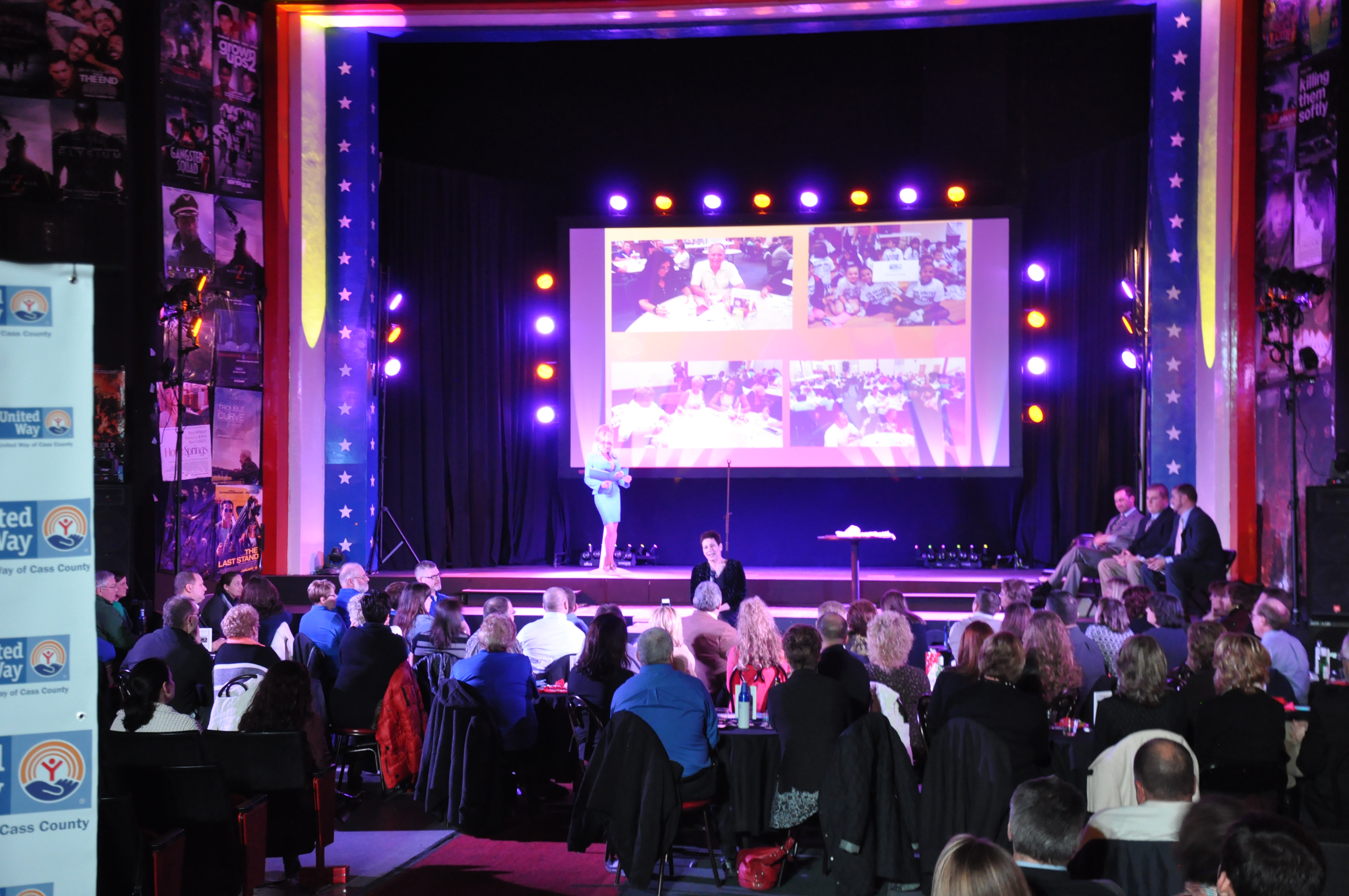 United Way of Cass County held its annual meeting and victory celebration at the State Theatre on Thursday, Feb. 25, 2016.

Joyce Mayhill is retiring after 19 years as the United Way of Cass County’s executive director. She plans to spend more time with her family and pursue an opportunity through her church, Revolution Community Church. Her last full-time day is March 31.

Casey Jones will be the the president of United Way’s board of directors and Liz Loposser will be the campaign chair for 2016.

Carmen Danhauser was honored as United Way’s Volunteer of the Year.

The organization marked the 10th anniversary of Cass County Reading Railroad and honored Scott Kraud, who’s been a founding partner of the organization since its creation.