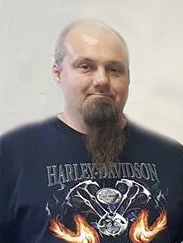 Bradly was the owner and operator of the Neighborhood Tavern and was also plant manager at Logan Stampings for 35 years. He was a 1981 graduate of Pioneer High School. He loved to ride his Harley and do a little gambling. Brad liked to work hard and play even harder. He will be greatly missed by his family and friends. He was also instrumental in helping to raise funds for local charities by organizing motorcycle benefit rides and other events.

He was preceded in death by his grandparents, Willard and Edith Gainer; Raymond and Nora Brown; a niece, Tara Hildebrand.

A gathering of family and friends will be held afterwards at the Neighborhood Tavern in Logansport.

Memorials may be made in Brad’s name to the Cass County Cops and Kids program.