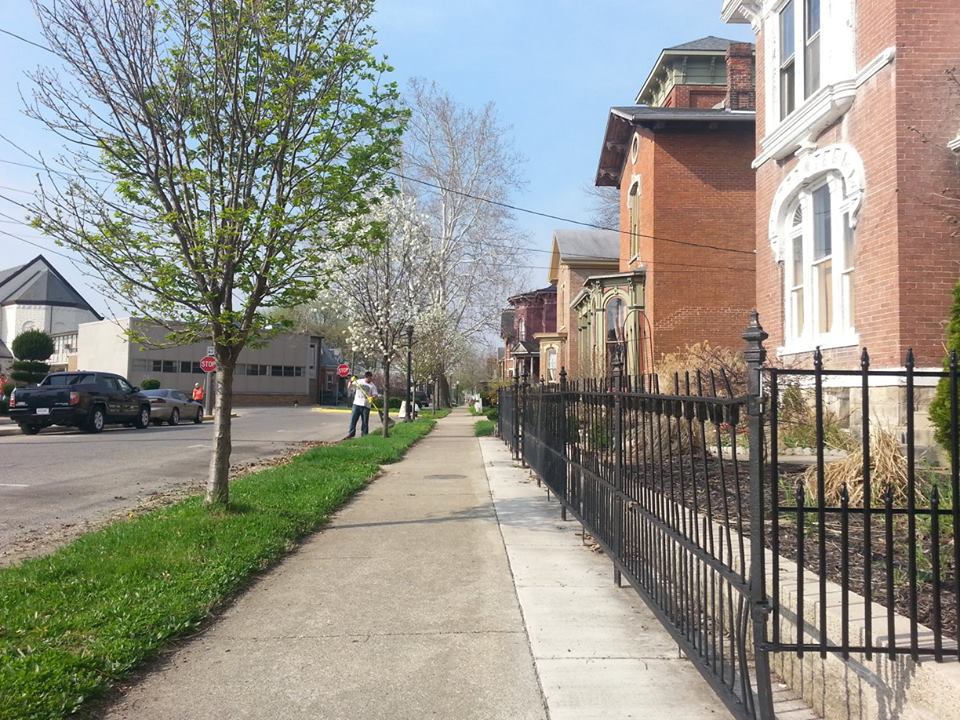 Last Updated on April 6, 2016 by cassnetwork

One of the signature neighborhoods in downtown Logansport will have an interpretative center that will be funded in part through a grant from a regional consortium.

Arrow Head Country, a 10-county resource, conservation and development organization, has awarded the City of Logansport the $1,000 it requested as a matching grant for an interpretative center for Bankers Row. The neighborhood, once home to the most affluent residents in the county, is located on the west side of Eel River Avenue between the Market Street Bridge and the Third Street Bridge. Many of the structures are eligible for the National Register of Historic Places.

“We are glad to announce that this funding will be used to establish a public area that will enhance Bankers Row by providing background information on the architecture of the neighborhood and the people who lived there,” Mayor Dave Kitchell said.

The location of the center will be along Eel River Avenue, and may be located in a space that is being cleared as part of the city’s Blight Elimination Program.

Kitchell also announced that the Logansport Historic District Board of Review will emerge from dormancy with a new cast of board members. Four of the new members will have terms that expire on Dec. 31, 2019. They are Dr. Valerie McCray, a psychiatrist who lives in the “Tower House” on Bankers Row, Logansport native Barbara Stein who returned to Logansport after living in California for several years, Paul Kroeger, who has lived and worked in his family’s funeral home which was once used on the Underground Railroad, and Jan Newton, the retired manager of Logansport’s Waldenbooks store. Two returning members, Vickie Lebo and Angie Burns, will serve out terms that expire on Dec. 31, 2018. A seventh member, Tom Partridge, will serve out a four-year term that expires on Dec. 31, 2016.

The commission was started during the administration of former Mayor Jone Wilson in part to promote Bankers Row and its renovation and redevelopment. Kitchell says the board will continue to meet quarterly and will be looking at various properties and neighborhoods in the city that need more attention from preservationists and investors interested in investing in historic properties.

“Historic preservation, done properly, adds value not only to property, but to the tax base and to older downtown areas such as Logansport’s,” Kitchell said. “We’ve carefully selected a group of people who represent areas of the city that are historic, some of which have been designated. Logansport currently has three neighborhoods listed on the National Register, but it’s our hope that we can raise the bar for historic preservation locally and invest in properties that are truly some of the hidden treasures of Indiana architecture.”

“To a great extent, communities like ours are known for their architecture because it represents the history and character of a community,” Kitchell said. “The Dentzel carousel is a National Historic Landmark, but we have many other structures locally that can and should enjoy designations on the National Register.”
The grant was the first applied for during the Kitchell Administration.
SOURCE: News release from Logansport Mayor Dave Kitchell