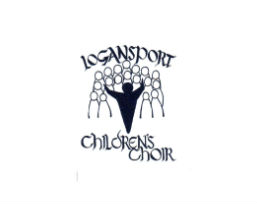 The Logansport Children’s Choir has been invited to sing at the world-famous Carnegie Hall in New York City.  The group was selected by recorded audition to participate in the National Children’s Choir Festival to take place June 16-19, 2017, highlighted by the Festival Concert to be held in the Isaac Stern Auditorium of Carnegie Hall on June 19.  The Festival Chorus will be conducted by Emily Ellsworth, the internationally recognized director of the Young Singers of Greater Chicago.  The local group is also being considered for an individual performance at the famed facility as part of their performance at this highly selective festival.  Other activities included in the festival are a visit to the observation deck at Rockefeller Center and attending a Broadway musical.  In addition to the festival inclusions, the choir plans to visit the 9/11 Memorial, the Today Show, the Statue of Liberty, and Ellis Island. The choir will conclude their tour with visits to Philadelphia, Hershey, PA, and Columbus, OH.

The Logansport Children’s Choir, directed by Tim and Susan Cahalan, is in its 28th season, and is considered one of the midwest’s finest children’s choirs.  The choir has toured extensively both in the United States and abroad, and has previously performed in such venues as Notre Dame Cathedral in Paris, Canterbury Cathedral in England and the Basilica of Notre Dame in Montreal.