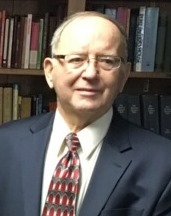 Dick was a dairy farmer. He was a lifetime member of Metea Baptist Church. Dick enjoyed bowling and was an avid Purdue Boilermaker fan.

He was preceded in death by one brother in law, Harold Erdmann.

A celebration of life will be held at 10:00 AM on Friday, April 15, 2016 in the Gundrum Funeral Home with Pastor….    Burial will follow in the Metea Cemetery.