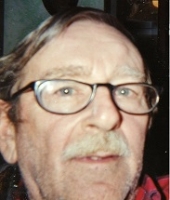 A Veteran of the Vietnam War, Terry served two tours of duty with the United States Marine Corps as a rifleman. During his service to our country, Terry earned several medals including two Purple Hearts.

Terry was employed with  Matthew Warren until his retirement. He enjoyed hunting and fishing, Terry was also an avid Cubs fan.

Surviving are two daughters: Megan Okuly of Rochester and Jenny Acton of Florida; one sister, Barbara McCoy of Loudon, TN;  and his granddaughter, Trinidy Hinshaw of Rochester.

He was preceded in death by one son, Chris Acton; two sisters, Shirley MalCow and Darlene Blackman; and two brothers  Ronald and Norman Rance.

Burial, with full military rites, will follow in Mount Hope Cemetery.  Honors will be accorded by the United States Marine Honor Guard, the Cass County Honor Guard, the Patriot Guard and the Military Order of the Purple Heart.

Visitation will be held from 2pm to 6pm Sunday August 14 at the funeral home.

Memorial contribution may be made to the American Diabetes Association.

You may light a candle in Terry’s  memory, share condolences in his guestbook and view his video tribute at www.fisherfuneralchapel.com