Last Updated on February 22, 2017 by cassnetwork 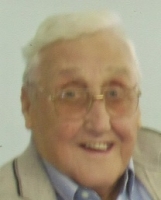 Wayne was engaged in farming his entire life.  He and his wife had enjoyed traveling.  They also enjoyed building dollhouses together.

Friends may call from 11:30 a.m. until the time of the service in the funeral chapel.

You may view his video tribute and share condolences online at www.fisherfuneralchapel.com