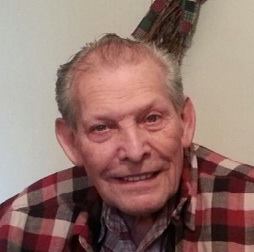 Jerry A. Drummond, 83, of Logansport, passed away in his residence surrounded by family on Monday, February 27, 2017.

Born March 10, 1933 in Cass County, he was the son to the late John Julius and Mildred Elizabeth (Martin) Drummond.

A Celebration of Life will be held at 1:00pm on Friday March 3, 2017 in the Gundrum Funeral Home with Pastor K.C. Dehning officiating. Burial will follow in Davis Cemetery, Burnettsville, IN with full Military Rites.

Visitation will be from 11:00am until the time of the service in the Gundrum Funeral Home.

Memorials may be made to the St. James Lutheran Church.

Arrangements have been entrusted to Gundrum Funeral Home and Crematory