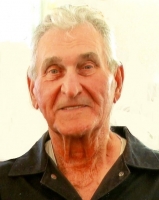 William Douglas “Doug” Huggins, 81, of Logansport, went to be with his Lord and Savior early Wednesday morning, March 8, 2017, at the Indiana Veterans Home, West Lafayette.

Born May 8, 1935, in Tennessee, he was the son of the late William Leslie and Auttie May (Byrd) Huggins.

Doug was a veteran of the United States Army.

Prior to retirement, he owned and operated Huggins Electric. For 35 years, Doug served as the electrician at the Cass County 4-H Fairgrounds.

Doug was a member of the Rehoboth Christian Church. He enjoyed playing horseshoes and league bowling.

He was preceded in death by one son, Lessie Huggins.

Burial, with full military honors, will be in Davis Cemetery.

Friends will be received from 2 to 6 p.m. Sunday in the funeral chapel.