Last Updated on April 9, 2017 by cassnetwork 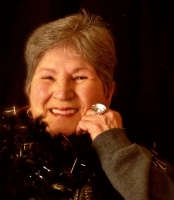 Viola Jean DeWeese, 73, of Logansport, passed away on Friday April 7, 2017 at the St. Vincent Heart Center in Indianapolis.

Born October 27, 1943, in Elvins, Michigan, she was the daughter of the late William and Annie (Gregory) Benton.

In March of 1976, in Farmington, Missouri, Viola was married to Henry DeWeese who preceded her in death on February 26, 1994.

Viola retired from working as a production assembler and QC inspector at Controls, Inc. in 2002.

She enjoyed cooking, reading, puzzles and spending time with her family.

Visitation will be held from 4 p.m. Tuesday until the time of the service in the chapel.

Private burial will take place in the Ever Rest Memorial Park.

You may share memories in Viola’s guest book and view her video tribute at www.fisherfuneralchapel.com