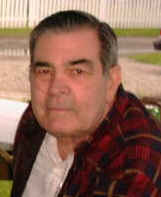 Bill served his country in the U.S. Army Indiana National Guard. He retired from Logansport Municipal Utilities where he had worked as a linesman and heavy equipment operator for twenty-eight years.

A member of the Salvation Army, Bill had taught Sunday School for many years. He was a devoted Indianapolis Colts and Chicago Bears fan and he loved the Chicago Cubs. When he was younger, he enjoyed camping, fishing, hunting, providing his kids with go-karts and mini-bikes and the lawnmower races at the Twelve Mile 500. He wore the title of “Grandpa” very proudly – he loved his grandchildren.

He was preceded in death by two brothers, James Glen Black Jr. and Charles Robert Black; and one sister, Frances Shackelford.

Visitation hours will be held from 2 to 6 p.m. Sunday, April 23, in Fisher Funeral Chapel.

Burial, with military honors, will follow in Mount Hope Cemetery.

Memorial contributions may be made to The Salvation Army.

You may shares memories in his guestbook and view his video tribute at www.fisherfuneralchapel.com