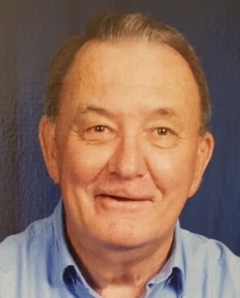 Born on May 4, 1936 in Deal, England, he was the son of the late Edward C. and Sarah (Thomas) Chapman and his adopted parents, Morgan and Gwenllian (Davies) Rees.

Ronald served in the Medical Corps for the British Army prior to moving to the United States.

Ronald had formerly worked for the Chicago Tribune for 15 years and then retired in 1993 as a Prudential Life Insurance Agent.
He was a member of River of Life Christian Church. Ronald was also a former member of Gideon’s International and the National Association of Securities Division.

Ronald loved playing the piano and most of all spending time with his family.

He was also preceded in death by brother, Edwin and sisters, Gwen and May.

A Celebration of Life Service will be held at a later date.

Memorial contributions may be made to the River of Life Christian Church and/or the American Heart Association.

Please sign the online guestbook or leave a condolence for the family at www.ransfuneralhomes.com.