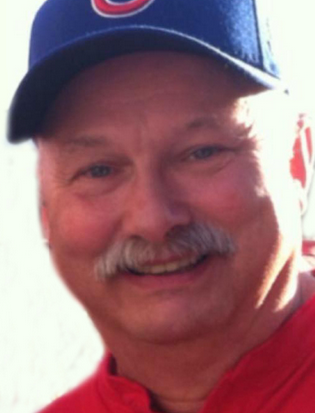 Born on December 5, 1950 in Logansport, he was the son of the late Charles A. and Betty M. (Sink) Morehead.  On July 10, 1976 in Logansport he married Patricia Frank who survives.

Tom worked for the Logansport Municipal Utilities for 24 years, he had also served as the sexton at Mt Hope Cemetery in Logansport.  Most recently he had been working part time for the White County Sheriff’s Department.

Tom was a 1969 graduate of Logansport High School. After high school, he served in the United States Navy during the Vietnam War while stationed on the USS BIDDLE DLG 34. Tom was a former drummer for several bands including the Silver Creek Band, Snicker and the Midnight Flyers. He was an avid Chicago Cubs fan and absolutely loved living the lake life and watching his grandkids.

A celebration of life will be held at 1:00 PM on Monday, July 3, 2017 in the Gundrum Funeral Home. Burial with Full Military Graveside Rites will be held in the Mt. Hope Cemetery, Logansport.

Memorials may be made to the American Heart Association.